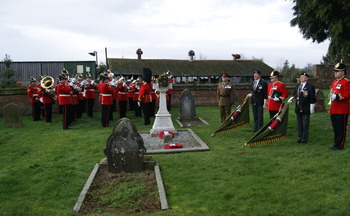 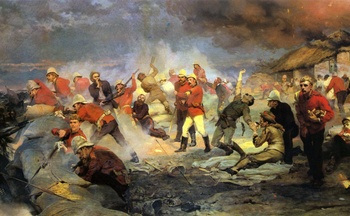 The Zulu Kingdom, as it existed in the 1870s, north of Natal across the Tugela and Buffalo rivers, had only been forged by Shaka, the great Zulu leader, in the early decades of the nineteenth century. Its social structure was military in nature and the powerful army it supported was greatly feared by the kingdom’s neighbours. It also presented an obstacle to Britain’s plans for a confederation of southern African states. On 11 December 1878, Sir Bartle Frere, the British Governor and High Commissioner in South Africa, delivered an ultimatum to the Zulus. Though partly concerned with border disputes and Zulu raids on British territory, the ultimatum in fact aimed at the disbandment of the Zulu army. Frere knew it was a demand which Cetshwayo, Shaka’s nephew, who had succeeded to the throne in 1873, would be unable to accept. Although not explicitly authorized to do so by the government in London, Frere had committed Britain to war with the Zulus. 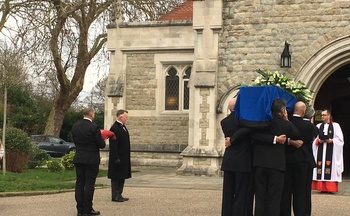 The Funeral of Henry Stevens GC