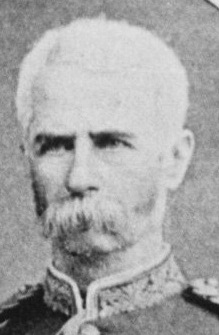 On 9 July 1857 horsemen from the 8th Irregular Cavalry, which had mutinied at Bareilly, surprised the Mound picket behind Delhi Ridge. This comprised two guns of the Horse Artillery and a troop of Dragoons. Second Lieutenant J Hills had the guns unlimbered and while this was going on charged alone into the attacking column. Major H Tombs rode to assist him and it was only his intervention which saved Hills’ life. Despite their gallant actions, the mutineers were able to ride into the British encampment, where they called on the native horse artillery to join the rebels. Eventually they were driven off. Meanwhile other rebels attacked the British pickets in the Sabzi Mandi at the foot of the southern end of the ridge. It was probably in the fighting here that Private J Thompson, 1st Battalion, 60th Regiment, distinguished himself.

For very gallant conduct on the part of Lieutenant Hills before Delhi, in defending the position assigned to him in case of alarm, and for noble behaviour on the part of Lieutenant-Colonel Tombs in twice coming to his subaltern’s rescue, and on each occasion killing his man. (See despatch of Lieutenant-Colonel Mackenzie, Commanding 1st Brigade Horse Artillery, dated Camp, near Delhi, 10th July, 1857, published in the Supplement to The London Gazette of the 16th January, 1858.)