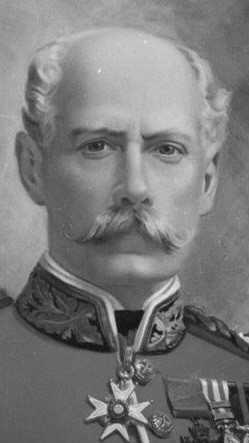 When Havelock left Allahabad by the Grand Trunk Road on 7 July 1857 on his way to Lucknow, one of his aims was to relieve Cawnpore. The sepoys had mutinied there on 5 June. Under the leadership of Nana Sahib, the adopted son and heir of the last Peshwa of the Mahrattas, they besieged Major General Sir Hugh Wheeler and 1,000 Europeans, including 300 women and children, within a hastily constructed fortified Entrenchment. As the position of those in the Cawnpore Entrenchment grew increasingly desperate, on 25 June Nana Sahib offered them safe conduct to the Ganges and boats to take them downstream to Allahabad. However as soon as the boats were full the sepoys fired on them. All but four of the men were killed, including Wheeler, and the surviving two hundred women and children were imprisoned in the Bibigarh. On 15 July, the day before Havelock reached the city, they were murdered. On the 16th Havelock defeated Nana Sahib’s army and the following day entered the city, which he garrisoned, before setting out to attempt to relieve Lucknow, 42 miles away.

“In the combat at Cawnpore, Lieutenant Havelock was my Aide-de-camp. The 64th Regiment had been much under artillery fire, from which it had severely suffered. The whole of the infantry were lying down in line, when, perceiving that the enemy had brought out the last reserved gun, a 24- pounder, and were rallying round it, I called up the regiment to rise and advance. Without any other word from me, Lieutenant Havelock placed himself on his horse, in front of the centre of the 64th, opposite the muzzle of the gun. Major Stirling, commanding the regiment, was in front, dismounted, but the Lieutenant continued to move steadily on in front of the regiment at a foot pace, on his horse. The gun discharged shot until the troops were within a short distance, when they fired grape. In went the corps, led by the Lieutenant, who still steered steadily on the gun’s muzzle until it was mastered by a rush of the 64th.” (Extract of a telegram from the late Major-General Sir Henry Havelock to the Commander-in- Chief in India, dated Cawnpore, August 18th, 1857.)