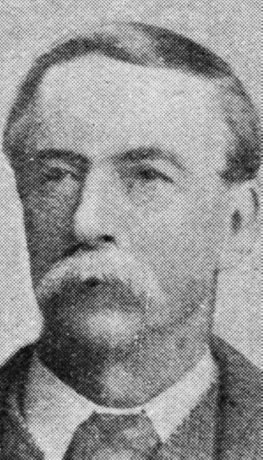 On 25 July 1857 sepoys mutinied at Dinapur, a large military cantonment on the Ganges about twelve miles west of Patna in Bihar. Driven out of the town and reinforced by the forces of Kunwar Singh, Rajah of Jagdispur, on the 26th they attacked Arrah, more than twenty miles to the west. European women and children had been evacuated from the town in June. Their menfolk, together with a detachment of Sikh policemen, were now besieged in the hastily fortified house of Mr Boyle, a railway engineer. On 29 July Captain Dunbar with a relief force, including some civilian volunteers, left Dinapur by boat and travelled up the Son, a southern tributary of the Ganges, before landing and marching on Arrah. Here on the 30th they were ambushed by the rebels. Dunbar was killed and the force withdrew to their boats under heavy fire. 200 men were killed, and many more wounded. W F McDonell and R L Mangles, both members of the Bengal Civil Service, were awarded the VC for their gallantry in this action after a new Royal Warrant extended the award to Civilians who had fought in the Mutiny. Mangles had saved the life of Private R Taylor of the 37th Regiment. The rescue of Ensign Erskine in the same action by Private D Dempsey VC, 1st Battalion, 10th Regiment, was included in Dempsey’s VC Citation. Arrah itself was not relieved until 2 August 1857.

Mr. Mangles volunteered and served with the Force, consisting of detachments of Her Majesty’s 10th and 37th Regiments, and some Native Troops, despatched to the relief of Arrah, in July, 1857, under the Command of Captain Dunbar, of the 10th Regiment. The Force fell into an Ambuscade on the night of the 29th of July, 1857, and, during the retreat on the next morning, Mr. Mangles, with signal gallantry and generous self-devotion, and notwithstanding that he had himself been previously wounded, carried for several miles, out of action, a wounded soldier of Her Majesty’s 37th Regiment, after binding up his wounds under a murderous fire, which killed or wounded almost the whole detachment; and he bore him in safety to the boats.