Born on 12th December 1962 in England, Dom spent his formative years in South Devon. He joined the ranks of the Royal Marines in June 1979 aged 16, and served in 42 Commando in the Falklands conflict, 40 Commando, and the Commando Training Centre Royal Marines. He retired as a Major in August 2009 having been awarded the Queen's Gallantry Medal. Since then Dom has been working in East Africa as a Security Risk Manager, it was whilst he was living in the region that he found himself leading the hostage release and recovery of Paul and Rachel Chandler, Judith Tebbutt (UK citizens) and many others. Dom is married to Joanne and they have two children. 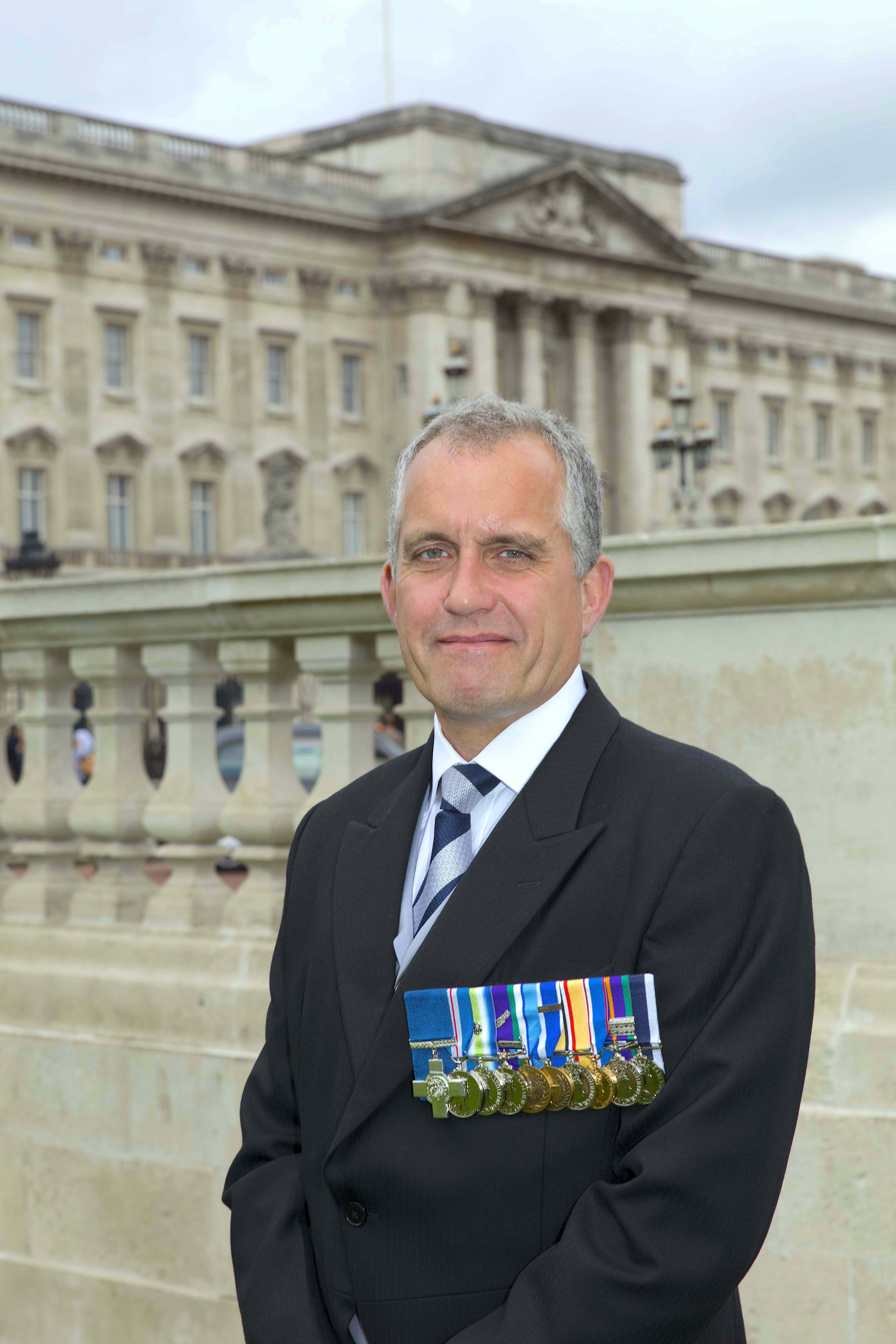 On 21 September 2013, a group of heavily-armed terrorists entered the Westgate Shopping Mall in Nairobi, Kenya, and started to murder men, women and children indiscriminately. Dominic Troulan, a security consultant working in Nairobi, was contacted by a friend who asked him to go to the incident to try and locate his friend's wife and daughter.
On arrival at the Mall, Troulan contacted the family by telephone and entered the Mall. He was armed with only a pistol while the area was dominated by terrorists armed with grenades and machine guns. Nevertheless, Troulan managed to bring the two women to safety.
Realising that large numbers of civilians remained trapped while terrorist continued to kill indiscriminately, Troulan reentered the Mall. Over the course of several hours, he went into the building at least a dozen times and on each occasion managed to bring many innocent civilians back to safety. He was fired on twice by the terrorists but managed to force them back. By now, Troulan was exhausted, dehydrated and at the limit of his mental capacity. He was about to stop when a distress call was received from a woman who was trapped, injured and bleeding. Once again, Troulan entered the Mall and brought the woman to safety.
Despite the strain of his efforts, it should be noted that Troulan had the presence of mind to realise that the terrorists could be hiding among the survivors. Troulan enlisted help and searched the civilians once he had led them to safety, thus ensuring that no terrorists were hiding in their midst.