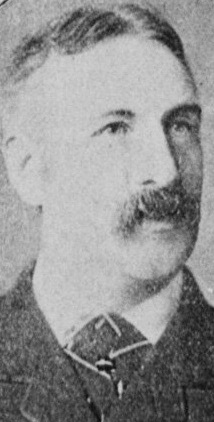 The Johannes House lay south of the Residency Compound at Lucknow and was used by the besiegers as a vantage point from which to fire on it. There was an unsuccessful sortie against it on 7 July 1857. During August a mine was constructed running from the compound to under the house which was demolished by an explosion on 21 August. At the same time, two parties advanced from the Residency. One successfully captured and blew up Johannes’ shop, adjoining his house. The other led by Lieutenant H G Browne captured the nearby battery of two guns. Their touch-holes were so large that one could not be spiked and the other only in a makeshift fashion. Both guns were in action again against the Residency within four hours.

For conspicuous bravery in having, on the 21st of August, 1857, during the Siege of the Lucknow Residency, gallantly led a Sortie at great personal risk, for the purpose of spiking two heavy guns, which were doing considerable damage to the defences. It appears from the statements of the non-commissioned officers and men who accompanied Captain Browne on the occasion, that he was the first person who entered the Battery, which consisted of the two guns in question, protected by high pallisades, the embrasures being closed with sliding shutters. On reaching the Battery, Captain Browne removed the shutters, and jumped into the Battery. The result was, that the guns were spiked, and it is supposed that about one hundred of the enemy were killed.