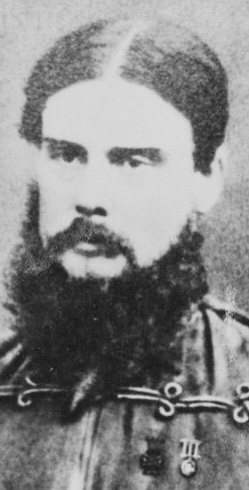 In the assault on Delhi on 14 September 1857, the Fourth Column under Major Reid advanced south from the Sabzi Mandi towards Kissengunge, outside and to the west of the city walls. They met fierce resistance from the mutineers, who held the Western Jumna Canal which flowed into the City by the Kabul Gate. Reid himself was shot in the head. In the confusion Lieutenant R H Shebbeare attempted to reform his own men to try and press forward one part of the attack. However, such efforts were to no avail and the column had to retire to the Sabzi Mandi.

For distinguished gallantry at the head of the Guides with the 4th column of assault at Delhi, on the 14th of September, 1857, when, after twice charging beneath the wall of the loopholed Serai, it was found impossible, owing to the murderous fire, to attain the breach. Captain (then Lieutenant) Shebbeare endeavoured to re-organize the men, but one-third of the Europeans having fallen, his efforts to do so failed. He then conducted the rear-guard of the retreat across the canal most successfully. He was most miraculously preserved through the affair, but yet left the field with one bullet through his cheek, and a bad scalp wound along the back of the head from another.