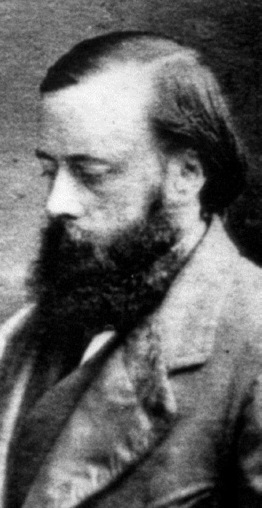 The early months of 1857 had been marked by growing unrest in the Honourable East India Company’s regiments. The most immediate cause of discontent was the introduction of new cartridges, greased, it was believed, with beef and pig fat: the former held sacred by Hindus, the latter unclean by Muslims. Increasingly harsh punishments were imposed by the British to maintain control. At Barrackpore, north of Calcutta, the 34th Bengal Native Infantry was disbanded. On 24 April 1857 at Meerut eighty-five troopers of the 3rd Light Cavalry refused to use the new cartridges and on 9 May, following their court martial, they were shackled in front of the whole garrison and imprisoned. The next day the sepoys at Meerut mutinied, freed the prisoners, murdered any Europeans they could find and made for Delhi, the old Mogul capital, about forty miles to the south-west. When the mutineers arrived on 11 May the King of Delhi, the octogenarian Bahadur Shah II, ordered the gates of the city to be shut against them but they had already entered. Bahadur Shah accordingly found himself as the figurehead of an attempt to expel the British and restore the Mogul Empire. Mutinies and their accompanying massacres broke out across much of northern India. Desperate as the situation was for the British, they managed to maintain control of the Punjab and, from there and other bases, began very slowly to reassert their power, assisted by superior military technology and tactics, together with the support of many Indians of all classes. The other Presidencies, Bombay and Madras, largely remained loyal though there was a minor outbreak near Bombay. On 8 June 1857 the Delhi Field Force under General Barnard succeeded in establishing a camp on the ridge north of the city and for the next three months the camp was subjected to repeated rebel attacks. The British were also assailed by disease and Barnard himself died of cholera. The rebels nevertheless proved unable to dislodge the Field Force. In mid-August Brigadier John Nicholson brought reinforcements from the Punjab and early in September a siege train arrived to begin the work of breaching the city walls. On 14 September 1857 the British stormed the Kashmir Gate to the city and by the end of the 20th all of Delhi was in their hands. Meanwhile the position had deteriorated to the east. Since 6 June Nana Sahib, who saw himself as the disinherited heir of the last Peshwa of the Mahratta Confederation, had been besieging soldiers and civilians at Cawnpore. In July 1857 they were massacred after being given safe conduct to leave, an atrocity which outraged British public opinion. Discontent was also rife in the former Kingdom of Oudh, which had been annexed by the British only the year before. Following his defeat at the Battle of Chinhut on 30 June, Sir Henry Lawrence, the Chief Commissioner of Oudh, had found himself besieged at the Residency in the capital, Lucknow. A relief column under Major General Sir Henry Havelock and Major General Sir James Outram fought its way into the Residency on 25 September only to find itself also trapped by the rebels. A second relief column under Lieutenant General Sir Colin Campbell (later FM Lord Clyde) arrived on 17 November but Campbell decided to evacuate the Residency. Lucknow was finally recaptured in an operation ending on 21 March 1858. A third main area of military operations was south-west of Delhi and Lucknow. There had been mutinies in various princely states in Central India, though for the most part their rulers remained either allies of the British or neutral. However at Jhansi, which had been annexed by the East India Company, the widow of the last Rajah, disappointed in her hopes that the state would be restored to her stepson, supported the rebels. She proved a remarkably able and charismatic military leader. In January 1858, the Central Indian Field Force, under Major General Sir Hugh Rose, began to campaign against the rebels in this area. Jhansi itself fell to the British on 4 April, after the defeat of an attempt by one of the rebel leaders, Tantya Tope, to relieve it. The Rani herself escaped but was eventually killed near Gwalior on 17 June. Gwalior was recaptured on 19 June. There remained significant mopping up operations against the mutineers, not least in Oudh and Rohilkhand to the north, and the last active rebels eventually fled north across the border into Nepal. In Central India, Tantya Tope was captured in April 1859. On 8 July 1859 the Governor General Lord Canning declared a State of Peace throughout India. It was, however, a country greatly changed from that in which rebellion had broken out two years earlier. In September 1858 the government of India was transferred from the Honourable East India Company to the British Crown. British rule was to last until 1947.

For conspicuous bravery at Bolundshahur, on the 28th September, 1857. The 9th Light Dragoons had charged through the town, and were reforming in the Serai; the enemy attemped to close the entrance by drawing their carts across it, so as to shut in the cavalry and form a cover from which to fire upon them. Captain Anson, taking a lance, dashed out of the gateway, and knocked the drivers off their carts. Owing to a wound in his left hand, received at Delhi, he could not stop his horse, and rode into the middle of the enemy, who fired a volley at him, one ball passing through his coat. At Lucknow, at the assault of the Secundra Bagh, on 16th November, 1857, he entered with the storming party on the gates being burst open. He had his horse killed, and was himself slightly wounded. He has shewn the greatest gallantry on every occasion, and has slain many enemies in fight. Despatch from Major-General Sir James Hope Grant, K.C.B., dated 12th August, 1858.