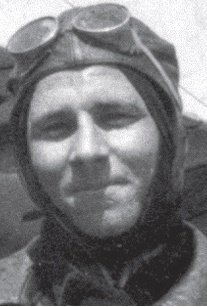 At 1am on 7 June 1915 Flight Sub-Lieutenants R A J Warneford and Rose took off from Furnes aerodrome close to the Belgian coast to intercept three German airships returning to their base at Berchem St Agathe, west of Brussels. Warneford, flying a Morane-Saulnier Type L ‘Parasol’ scout, came upon LZ (Luftschiff Zeppelin) 37 near Dixmude. Concerned that it might jettison ballast and, by rising rapidly, evade him, he stalked it for an hour. Eventually, at 2.25am, he climbed to 11,000 feet, switched off his engine and glided down to 7,000ft, about 1,000ft above the Zeppelin. Incendiary bullets failed to ignite it, but the last of Warneford’s four 20-pound bombs destroyed the airship, part of the wreckage falling on a convent at Mont St Amand, Ghent. Warneford’s plane was itself very nearly destroyed by the explosion.

For most conspicuous bravery on the 7th June, 1915, when he attacked and, single-handed, completely destroyed a Zeppelin in mid-air. This brilliant achievement was accomplished after chasing the Zeppelin from the coast of Flanders to Ghent, where he succeeded in dropping his bombs on to it from a height of only one or two hundred feet. One of these bombs caused a terrific explosion which set the Zeppelin on fire from end to end, but at the same time overturned his Aeroplane and stopped the engine. In spite of this he succeeded in landing safely in hostile country, and after 15 minutes started his engine and returned to his base without damage.