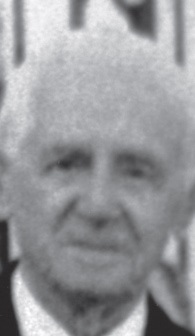 After the capture of Baghdad on 11 March 1917 the Expeditionary Force had continued to advance up the Tigris, capturing Tikrit on 5 November. The British also pushed the Turks back along the Euphrates, taking Ramadi in September 1917, Hit on 9 March 1918 and Khan Baghdadi on 27 March 1918. During the hot season preparations for the final offensive, 1/5th (The Weald of Kent) Battalion (Territorial Force) The Buffs (Royal East Kent Regiment) was stationed at Shahraban, south of the Diyala river, just over fifty miles north-east of Baghdad. Here on 21 August 1918 Lieutenant B G Ellis, distinguished himself by his gallantry and presence of mind following an accident during training in firing rifle grenades. In October the British launched their attack up the Tigris towards Mosul and on 30 October 1918 the whole of the Turkish Tigris group surrendered at Sharqat. That same day the Turks signed an Armistice at Mudros and all hostilities between Turkey and the Allies ceased twenty-four hours later.

On the 21st August, 1918, Lieutenant Ellis was with a party at Shahraban under instruction in the firing of rifle grenades. A volley was fired, but one of the grenades, owing to a defective cartridge, did not leave the rifle, but fell back into the barrel with the fu e still burning. The firer lost his head and dropped the rifle and grenade in the trench, but Lieutenant Ellis, who was separated from the man by four other men in a narrow trench, at once forced his way past them and seized the rifle. Failing to extract the grenade, he dropped the rifle and placed his steel helmet over the grenade, which at once exploded, severely injuring him. There can be no doubt that his prompt and courageous action greatly minimized the force of the explosion and saved several men from death or severe injury.