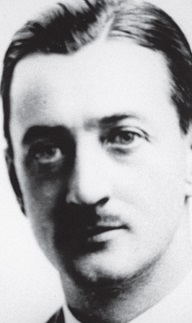 St Omer in France had been a major base for the Royal Flying Corps since the beginning of the war. It served as headquarters, transit point and centre of logistical support for air operations on the Western Front. On 3 January 1916 fire broke out in a bomb store. For their actions in extinguishing this fire Major C L N Newall, 2nd Gurkha Rifles, attached RFC, who died on 30 November 1963 as Marshal of the Royal Air Force Lord Newall, received the AM in Gold and Corporal H Hearne RFC, 1st Class Air Mechanic H S Harwood RFC and 2nd Class Air Mechanic A E Simms RFC, the AM. Only Harwood lived long enough for his Medal to be converted to the GC.

The KING has been graciously pleased to award the Decoration of the Albert Medal to the undermentioned Officers, Non-commissioned Officers and men of His Majesty’s Forces serving in France in recognition of their gallantry in saving life:–
Albert Medal of the First Class. Major Cyril Louis Norton Newall, 2nd Gurkha Rifles (attached to the Royal Flying Corps).
Albert Medal of the Second Class. Corporal Henry Hearne, Royal Flying Corps. 1st Class Air Mechanic Harrie Stephen Harwood, Royal Flying Corps. 2nd Class Air Mechanic Alfred Edward Simms, Royal Flying Corps.
On the 3rd January, 1916, at about 3 p.m., a fire broke out inside a large bomb store belong- ing to the Royal Flying Corps, which contained nearly 2,000 high explosive bombs, some of which had very large charges, and a number of incendiary bombs which were burning freely. Major Newall at once took all necessary precautions, and then, assisted by Air Mechanic Simms, poured water into the shed through a hole made by the flames. He sent for the key of the store, and with Corporal Hearne, Harwood and Simms entered the building and suc- ceeded in putting out the flames. The wooden cases containing the bombs were burnt, and some of them were charred to a cinder.