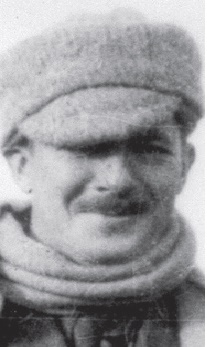 On 31 July 1915 Captain J A Liddell and his observer, Second Lieutenant Roland H Peck, were flying a two-seater RE 5 biplane (No. 2457) at about 5,000 feet above Flanders, when, over Bruges, they were attacked by a German biplane and Liddell was badly wounded. Refusing to land behind German lines to seek immediate medical help, Liddell piloted the plane for half an hour to land at La Panne, north of Furnes, in unoccupied Belgium, despite the fact that the controls had been damaged and he was forced to operate the rudder cables with his left hand. Unfortunately, his wounds became infected and, despite the amputation of his leg, Liddell died a month later.

For most conspicuous bravery and devotion to duty on 31st July, 1915. When on a flying reconnaissance over Ostend-Bruges-Ghent he was severely wounded (his right thigh being broken), which caused momentary unconsciousness, but by a great effort he recovered partial control after his machine had dropped nearly 3,000 feet, and notwithstanding his collapsed state succeeded, although continually fired at, in completing his course, and brought the aeroplane into our lines - half an hour after he had been wounded. The difficulties experienced by this Officer in saving his machine, and the life of his observer, cannot be readily expressed, but as the control wheel and throttle control were smashed, and also one of the undercarriage struts, it would seem incredible that he could have accomplished his task.