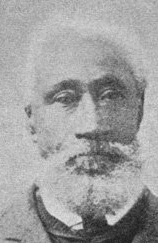 While the battle for the Secunderabagh was still going on, Captain Peel’s naval brigade advanced towards the Shah Najaf Mosque, which the mutineers had fortified, and bombarded it with six 24-pounders, under Lieutenant T Young, as well as mortars and rockets. They made little initial impression on its stout walls. An attack by the 93rd (Highland) Regiment was equally unavailing. The British guns were brought right up to the Mosque and Peel called for volunteers to climb a nearby tree to dislodge snipers on its walls, who were causing havoc amongst the gun crews. Lieutenant Nowell Salmon, Leading Seaman John Harrison and Able Seaman Richard Southwell responded, though Southwell was killed almost immediately. The British were, in fact, on the point of retiring when Sergeant J Paton, 93rd Highlanders, discovered a small gap in one of the walls. He led in a party of Highlanders, who opened the main gates of the Mosque as its last defenders withdrew. Five VCs were awarded for gallantry in this action.

Lieutenant (now Commander) Young, late Gunnery Officer of Her Majesty’s ship “Shannon,” and William Hall, “Captain of the Foretop,” of that Vessel, were recommended by the late Captain Peel for the Victoria Cross, for their gallant conduct at a 24-Pounder Gun, brought up to the angle of the Shah Nujjiff, at Lucknow, on the 16th of November, 1857.