Tony Gledhill GC was born in Southampton on 10 March 1938. In his youth his parents moved to Doncaster and he was educated at the Technical High School in the town. After leaving school he joined the Metropolitan Police as a Cadet. Tony was promoted to Detective Sergeant in 1976. When he retired from the Police in 1987 he joined the Royal Mail (Post Office Investigation Department). Tony is now retired and lectures on the George Cross and bravery in general. He also enjoys bowls and his family. Tony is married and enjoys family life both as a father and grandfather. 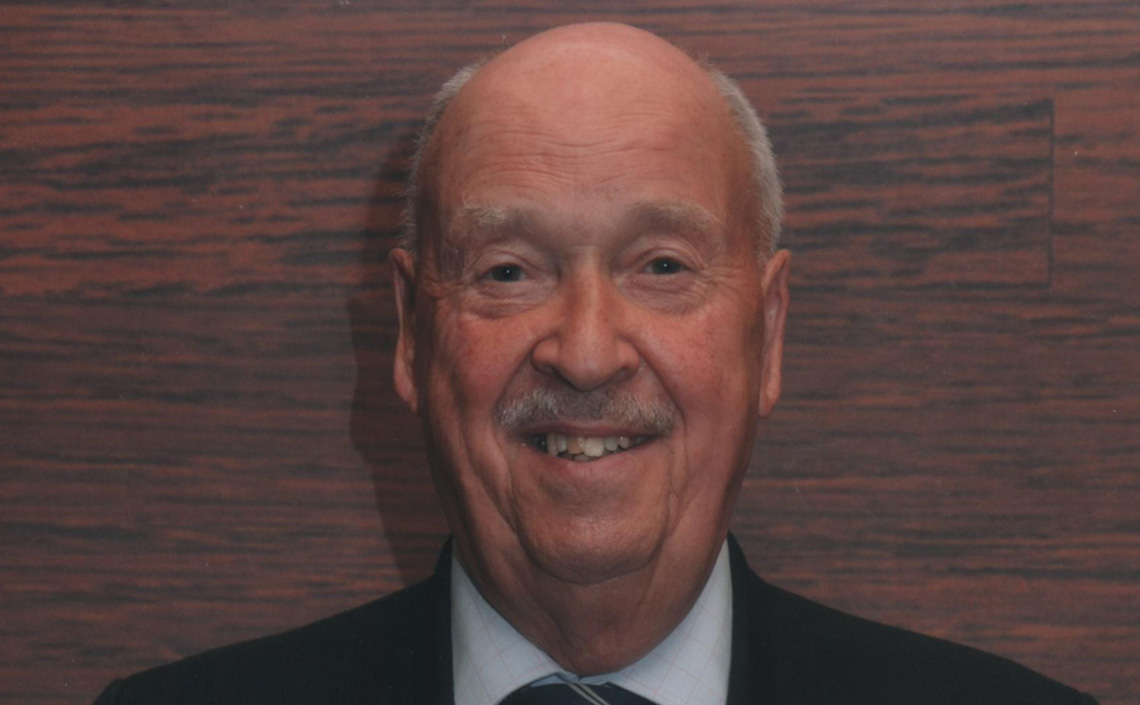 On 25 August 1966 police were alerted to a suspicious vehicle in Creekside, Deptford, southeast London. Creekside runs along Deptford Creek to the east of and roughly parallel to Deptford Church Street which it joins at its southern end. A police chase ensued which ended in Raymouth Road, Rotherhithe. The criminals were eventually sentenced to between 15 and 17 years in prison for using firearms with intent to endanger life and conspiracy to rob. Constable T McFall was awarded the George Medal for his part in the incident.

(On 25th August 1966,) Constable Gledhill was driving a police vehicle with Constable McFall as the wireless operator when a message was received that the occupants of a motor car had been seen acting suspiciously at Creek Side, Deptford. As the officers reached the area the car they were looking for, which contained five men, drove past them.

The officers immediately chased the escaping vehicle which was being driven recklessly through the streets of South London travelling on the wrong side of the road arid against the one-way traffic system. In such conditions Constable Gledhill exercised considerable skill in following, at high speed, and keeping up with, the bandit vehicle. During a chase which covered a distance of 5 miles at speeds of up to 80 miles an hour an attempt was made by the bandits to ambush the police vehicle and no less than 15 shots were fired at the police car by the occupants of the bandit vehicle using a sawn-off shotgun and revolvers, pellets from the shotgun striking the windscreen of the police car on three occasions. Finally, at a road junction the escaping car crashed into a lorry.

The five men immediately left the car and a group of three, one with a pistol in his hand, ran into the yard of a transport contractor. The Officers followed the group of three and as the police car reached the yard gates the men ran towards the car and the one with the pistol held it to Constable Gledhill's head and ordered the Officers to get out of the car or be shot. Both Officers left the car and the man with the pistol got into the driving seat with the obvious intention of using it to make a getaway. Constable Gledhill was then backing away across the roadway and the man reversed away from the gates towards him pointing the pistol at him as he did so.

However, when he stopped to engage a forward gear he momentarily turned his head away and Gledhill immediately grabbed hold of his gun hand and as the vehicle moved off managed to hold on to the car window with his left hand. While this was happening Constable McFall had run along the roadway to a group of men to get a lorry driven across the road to block it when he heard Constable Gledhill shout. He ran back to the police car and saw him holding on to the car window. He then saw the car gather speed, dragging Gledhill along the road. At this point the front offside tyre burst, the car veered across the road, crashed into parked vehicles and Gledhill was thrown under one of them. McFall opened the front passenger door and as the driver was still holding the pistol began hitting him about the legs and body with his truncheon. Gledhill had then regained his feet and as he went to the driver's door it was flung open knocking him to the ground.

The man got out of the car and backed away from the Officers. He warned them not to move and at the same time fired a shot The Constables then heard the gun click and both rushed at the man and as McFall struck at him with his truncheon Gledhill grabbed the man's right hand: and took the gun from him. There was a violent struggle and the gunman fell to the ground trying desperately to reach the inside of his jacket. At this stage other officers arrived. The man was subdued and another gun, an automatic pistol, was found in the pocket of his overalls.

Both Gledhill and McFall received injuries and had to receive hospital treatment. They had faced a sustained firearm attack and from the early stages knew the risks they ran of being killed or seriously injured.