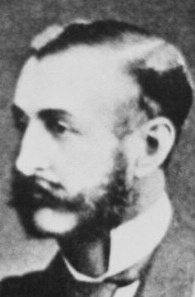 The Secunderabagh had been captured on 16 November 1857 (qv) as British troops fought their way towards the besieged garrison in the Residency, which they reached the following day. However, most of the city remained in rebel hands. On the 18 November the mutineers attacked the pickets near the Secunderabagh but were repulsed. Lieutenant T B Hackett and Private G Monger, both of the Royal Welsh Fusiliers, distinguished themselves in these actions. Sir Colin Campbell withdrew British forces from Lucknow on the 23 November. The City was not finally recaptured by the British until March 1858.

For daring gallantry at Secundra Bagh, Lucknow, on the 18th November, 1857, in having with others, rescued a Corporal of the 23rd Regiment, who was lying wounded and exposed to very heavy fire. Also, for conspicuous bravery, in having, under a heavy fire, ascended the roof, and cut down the thatch of a Bungalow, to prevent its being set on fire. This was a most important service at the time.