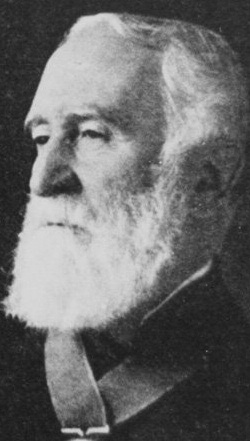 Sir Colin Campbell’s force besieging Lucknow had captured the Begum Kothi on 11 March 1858 (qv). The Naval Brigade had established a battery in the grounds of the palace.

For having rendered most efficient aid at the assault of Chundairee, in voluntarily leading the Column through the breach, which was protected by a heavy cross fire. He was one of the foremost to enter, and was severely wounded in the breach. The Column was saved from a serious loss that would probably have resulted, but for Major Keatinge’s knowledge of the small path leading across the ditch, which had been examined during the night by himself and a servant, who declined, when required, to lead the Column, without his master. Having cleared the breach, he led into the Fort, where he was struck down by another dangerous wound. The Commander-in-Chief in India states that the success at Chundairee was mainly owing to this Officer, whose gallantry, really brilliant, he considers was equalled by his ability and devotion. Major Keatinge was at the time a Political Officer with the 2nd Brigade of the Central India Field Force.