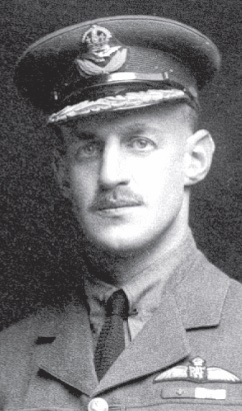 At about 6.15am on 1 July 1916 near Loos in France, about an hour before the Battle of the Somme was to be launched to the south, Major L W B Rees, while flying an Airco DH 2 fighter, a single-seater biplane, attacked a group of ten German bombers.

For conspicuous gallantry and devotion to duty. Whilst on flying duties, Major Rees sighted what he thought to be a bombing party of our own machines returning home. He went up to escort them, but on getting nearer discovered they were a party of enemy machines, about ten in all. Major Rees was immediately attacked by one of the machines, and after a short encounter it disappeared behind the enemy lines, damaged. Five others then attacked him at long range, but these he dispersed on coming to close quarters, after seriously damaging two of the machines. Seeing two others going westwards, he gave chase to them, but on coming nearer he was wounded in the thigh, causing him to lose temporary control of his machine. He soon righted it, and immediately closed with the enemy, firing at a close-contact range of only a few yards, until all his ammunition was used up. He then returned home, landing his machine safely in our lines.