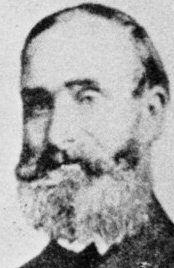 After the capture of Lucknow, the Governor General Lord Canning ordered the pacification of the province of Rohilkhand, north-west of Oudh. Brigadier General Walpole set out with a Field Force to accomplish this. On 15 April 1858 he stopped to reduce a Fort at Ruiya, about fifty miles north-west of Lucknow. The frontal assault which he launched proved a disaster. It occasioned heavy casualties and failed to capture the fort, though the rebels abandoned it during the night. Amongst those killed were Brigadier Adrian Hope and Lieutenant Edward Willoughby, brother of Lieutenant G D Willoughby, one of the nine heroic defenders of the Delhi Magazine.

For daring gallantry, on the 15th April, 1858, when at the attack of the Fort of Ruhya, in having volunteered to assist Captain Groves, Commanding the 4th Punjab Rifles, in bringing in the body of Lieutenant Willoughby, of that Corps, from the top of the Glacis, in a most exposed situation, under a heavy fire. (The London Gazette of 27 May 1859, Numb. 22268, p. 2106) VICTORIA CROSS. Errata in the London Gazette of Friday, May 27, 1859. In the notifications of the Acts of Bravery performed by Lance Corporal Alexander Thompson and the late Private Edward Spence, of the 42nd Regiment, For Captain Groves, commanding the 4th Punjaub Rifles, Read, Captain Cafe, commanding the 4th Punjaub Rifles.