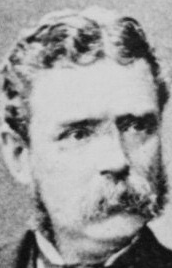 On 4 October 1858, a rebel force of 12,000 men attacked the much smaller British garrison at Sundeela, about thirty miles north-west of Lucknow. On the 6th Sundeela was relieved by Major Maynard, 88th Regiment, and on the 7th Brigadier G R Barker reached Sundeela from Lucknow. The following day, Barker attacked the rebels, who had taken up a position in a neighbouring village largely surrounded by jungle. After heavy fighting most of the village was taken.

For saving the life of Lieutenant-Colonel Seymour, C.B., commanding the regiment, in an attack made on him on the 8th of October, 1858, by mutinous sepoys, in a dense jungle of sugar canes, from which an attempt was made to dislodge them. The mutineers were between 30 and 40 in number. They suddenly opened fire on Lieutenant-Colonel Seymour and his party at a few yards distance, and immediately afterwards rushed in upon them with drawn (native) swords. Pistolling a man, cutting at him, and emptying with deadly effect at arm’s length every barrel of his revolver, Lieutenant-Colonel Seymour was cut down by two sword cuts, when the two men above recommended, rushed to his rescue, and the Trumpeter shooting a man with his pistol in the act of cutting at him, and both Trumpeter and Dragoon driving at the enemy with their swords, enabled him to arise, and assist in defending himself again, when the whole of the enemy were dispatched. The occurrence took place soon after the action fought near Sundeela, Oudh, on the date above-mentioned.