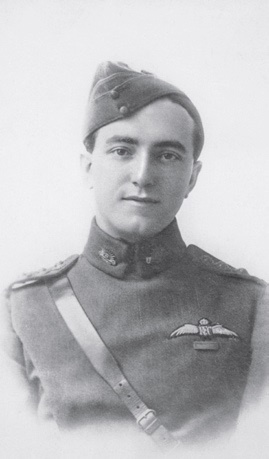 More details about: The First World War The Dardanelles and Gallipoli, Turkey 1914-1918

On 20 March 1917 four aircraft from No 1 Squadron Australian Flying Corps, took off from Kilo 143 airfield, Sinai, to attack the main Turkish railway supply line 70 miles away at Tel el Hesi, north-west of Gaza, between Tel-el-Sheria (between Gaza and Beersheba) and Junction Station, where the spur for Jerusalem joined the line. They were using howitzer shells and while Lieutenant H F McNamara was bombing a Turkish train one exploded just after its release beneath his Martinsyde aircraft, badly injuring him. He was about to return to base when he realized that one of his companions, Captain D W Rutherford, had crash-landed his BE 2 and Turkish cavalry was closing on him. He at once landed to rescue him but his plane was a one-seater and Rutherford had to climb onto a wing. This, coupled with his own injuries, caused McNamara to crash the plane while trying to take off. However, he then managed to fly Rutherford’s damaged plane back to base, with Rutherford in the observer’s seat.

For most conspicuous bravery and devotion to duty during an aerial bomb attack upon a hostile construction train, when one of our pilots was forced to land behind the enemy’s lines. Lt. McNamara, observing the pilot’s predicament and the fact that hostile cavalry were approaching, descended to his rescue. He did this under heavy rifle fire and in spite of the fact that he himself had been severely wounded in the thigh. He landed about 200 yards from the damaged machine, the pilot of which climbed on to Lt. McNamara’s machine, and an attempt was made to rise. Owing, however, to his disabled leg, Lt. McNamara was unable to keep his machine straight, and it turned over. The two officers, having extricated themselves, immediately set fire to the machine and made their way across to the damaged machine, which they succeeded in starting. Finally Lt. McNamara, although weak from loss of blood, flew this machine back to the aerodrome, a distance of seventy miles, and thus completed his comrade’s rescue.