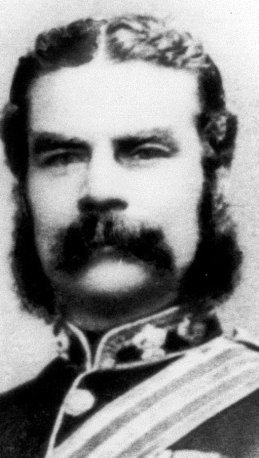 Brigadier G R Barker, who had marched north-west out of Lucknow and had defeated a large enemy force at Sundeela on 8 October 1858, continued to harry the retreating rebels into the village of Baroun.

For an act of daring bravery at the village of Baroun, on the 14th of October, 1858, on an occasion when about 70 Sepoys were defending themselves in a brick building, the only approach to which was up a very narrow street, in having called on the men of his regiment to follow him, when, backed by only some four men, he made a dash at the narrow entrance, where, though a shower of balls was poured upon him, he pushed his way up to the wall of the house, and beating up the bayonets of the rebels with his sword, endeavoured to get in.