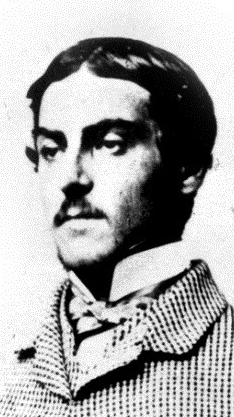 In December 1858 Sir Hope Grant campaigned in north-eastern Oudh around Tulsipur while Lord Clyde (Sir Colin Campbell) pursued Nana Sahib and the Begum of Oudh through northern Oudh. After a series of engagements, on 31 December 1858 he attacked the rebel force close to Bankee, near where the Raptee river, flowing west through Nepal, turns east towards the Gogra. The rebels fled towards the river and the 7th Hussars and 1st Punjab Cavalry charged in after them. Some were swept away by the fierce current but Major C C Fraser, though wounded, rescued Captain T H Stisted and others. With the Begum, Nana Sahib fled into Nepal, where he probably died of fever in 1859.

For conspicuous and cool gallantry, on the 31st December, 1858, in having volunteered, at great personal risk, and under a sharp fire of musketry, to swim to the rescue of Captain Stisted, and some men of the 7th Hussars, who were in imminent danger of being drowned in the River Raptee, while in pursuit of the rebels. Major Fraser succeeded in this gallant service, although at the same time partially disabled, not having recovered from a severe wound received while leading a Squadron in a charge against some fanatics, in the Action of Nawabgunge, on the 13th June, 1858.