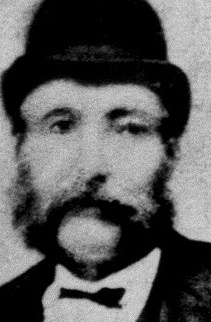 The British fought a number of actions north of the Gogra against bands of rebels who were making for the Nepalese border, including one on 15 January 1859 at Maylah Ghat, south-east of Gorakhpur about 100 miles north of Benares.

In the action at Maylah Ghaut, on the 15th January, 1859, Brigadier-General Walpole reports that the conduct of Privates Cook and Millar deserves to be particularly pointed out. At the time the fight was the severest, and the few men of the 42nd Regiment were skirmishing so close to the enemy (who were in great numbers), that some of the men were wounded by sword cuts, and the only officer with the 42nd was carried to the rear, severely wounded, and the Color-Serjeant was killed, these soldiers went to the front, took a prominent part in directing the Company, and displayed a courage, coolness, and discipline, which was the admiration of all who witnessed it.