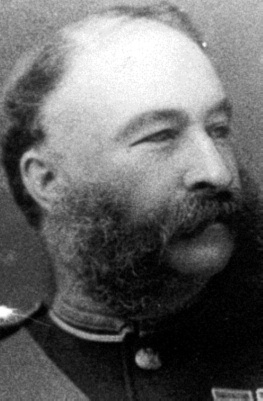 The Maoris were proving to be gallant and resourceful fighters and the British now prepared for a long campaign. Major General Thomas Pratt, GOC Australasia, sailed for New Plymouth and took charge. He instructed his men to dig long saps up to the several pa before storming them and in September and October 1860 a number of pa were captured with very little loss of life. At the end of December he advanced against three further pa which had been constructed on the Waitara. The Maori were forced to abandon Matarikoriko and Huirangi, and by mid- February 1861 Pratt moved to take Te Arai. After a short truce the British began to bombard the pa on 16 March. It was for his gallantry in the repulse of subsequent Maori attempts on 18 March to attack the British positions that Colour Sergeant John Lucas was awarded the VC. That same evening, Maori envoys emerged from Te Arai to sue for peace. Though the British had failed to inflict a decisive defeat on the Maori, Gore Browne felt that enough had been accomplished and agreed to halt the conflict. In the peace terms, formalised on 3 April 1861, the Governor promised to investigate the Pekapeka purchase and to divide the land among its former owners. It was agreed that plunder taken from settlers would be restored and that the Maori would submit to the Queen’s authority. Following the peace agreement Pekapeka remained occupied by the military, pending an inquiry, while the Maori of central Taranaki retained their hold on Omata and Tataraimaka.

On the 18th of March, 1861, Colour-Serjeant Lucas acted as Serjeant of a party of the 40th Regiment, employed as skirmishers to the right of No. 7, Redoubt, and close to the Huirangi Bush, facing the left of the positions occupied by the natives. At about 4 o’clock P.M., a very heavy and well-directed fire was suddenly opened upon them from the Bush, and the high ground on the left. Three men being wounded simultaneously, two of them mortally, assistance was called for in order to have them carried to the rear: a file was immediately sent, but had scarcely arrived, when one of them fell, and Lieutenant Rees was wounded at the same time. Colour-Serjeant Lucas, under a very heavy fire from the rebels, who were not more than thirty yards distant, immediately ran up to the assistance of this Officer, and sent one man with him to the rear. He then took charge of the arms belonging to the killed and wounded men, and maintained his position until the arrival of supports under Lieutenants Gibson and Whelan.