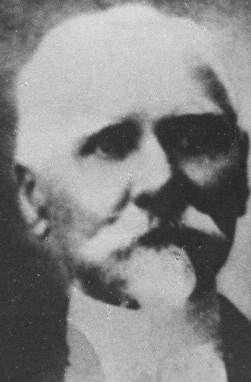 The ending of hostilities in New Zealand in 1861, far from settling the land question, merely provided the settlers and the Maori with a breathing space. As the number of Europeans grew, it was clear that the transfer of Maori lands to them was likely to accelerate and in 1862 the New Zealand Assembly passed the Native Lands Act to facilitate the process. Meanwhile the new Governor, Sir George Grey, prepared for another war. Auckland was hemmed in to the south by the fertile lands of the powerful Waikato tribe, the geography of the region being dominated by the Waikato river which with its tributary to the east the Mangatawhiri formed a natural boundary with the Maori lands. As the Waikato region was the seat and one of the main power bases of the Maori king, an attack on it would serve a double purpose and Grey began construction of a military road towards it. On 4 May 1863 troops who had trespassed on Maori land were ambushed at Oakura, near New Plymouth and nine soldiers were killed. This provided Grey with a pretext for war and on 12 July 1863, British troops under the command of Lieutenant General Duncan Cameron and supported by local militia crossed the Mangatawhiri river and invaded the Waikato. The Maori king received support from most of the tribes but the British used new tactics. They built a line of redoubts as they advanced, one of which was the Alexandra Redoubt near Cameron Town on the Waikato river, south of Tuakau. Constructed and garrisoned in July 1863 by the 65th Regiment under the command of Colonel Wyatt, it was intended to protect General Cameron’s right flank on the Waikato river and ensure safe passage of the steamer Avon.

For gallant conduct at the engagement near Cameron-town, New Zealand, on the 7th of September, 1863, after both his officers, Captain Swift and Lieutenant Butler, had been shot, in charging through the position of an enemy heavily outnumbering him, and drawing off his small force, consisting of two serjeants, one bugler, and thirty-five men, through a broken and rugged country, with the loss of but one man killed, and another missing. Lieutenant-General Cameron, C.B., Commanding Her Majesty’s Forces in that colony, reports that, in Colour- Serjeant MacKenna, the detachment found a Commander whose coolness, intrepidity, and judgment, justified the confidence placed in him by the soldiers brought so suddenly under his command.