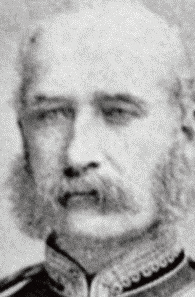 British troops had entered the lands of the Waikato Maori, south of Auckland, on 12 July 1863. Despite fierce resistance their advance was inexorable. On 1 November the Maori evacuated the pa at Meremere and on 20 November the British took their position at Rangiriri. On 8 December 1863 the British captured Ngaruawahia, the capital of the Maori king.

For gallant conduct during the assault on the enemy’s position at Rangiriri, in New Zealand, on the 20th of November last, in exposing their lives to imminent danger, in crossing the entrance of the Maori keep, at a point upon which the enemy had concentrated their fire, with a view to render assistance to the wounded, and, more especially to the late Captain Mercer, of the Royal Artillery. Lieutenant Pickard, it is stated, crossed, and recrossed the parapet, to procure water for the wounded, when none of the men could be induced to perform this service, the space over which he traversed being exposed to a cross-fire; and testimony is borne to the calmness displayed by him, and Assistant-Surgeon Temple, under the trying circumstances in which they were placed.