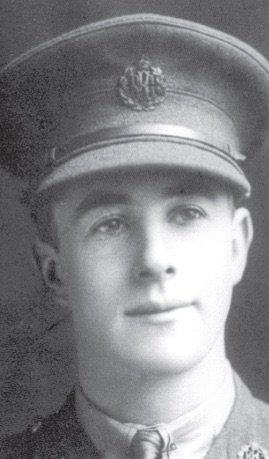 The British and French military leaders had met at the Grand Quartier Genérale atChantilly on 29 December 1915 to discuss their offensives against the Central Powers inthe following year. They planned a major assault on German positions in Picardy, northof the Somme valley, the junction point between French troops and the British ExpeditionaryForce. The Germans struck first. On 21 February 1916, their Commander-in-Chief, Generalvon Falkenhayn, launched an attack further south on Verdun and its surrounding forts. Hisaim was not to achieve a breakthrough but to bring the French to battle on a killing ground ofhis own choosing. Verdun, on the River Meuse, was less than 100 miles east of Paris and hejudged correctly that the French would defend it at any cost. It therefore seemed ideal for awar of attrition in which his troops could destroy the French army and break France’s will tofight on. Against all the odds, the French, under General Pétain, held out and inflicted heavycasualties on the Germans.By June 1916 General Sir Douglas Haig, who had succeeded Field Marshal Sir JohnFrench as Commander-in-Chief of the British Expeditionary Force, had 58 Divisions at hisdisposal, though many were in need of further training and equipment. Given a choice hemight well have wished to delay the assault on the Somme, especially as it was now obviousthat the British would play a greater role in the attack than originally planned. However, itwas increasingly clear that the French desperately needed the Somme offensive to begin inorder to lessen German pressure on the Verdun Front. On 1 July 1916 at 7.30am, after a preliminarybarrage which lasted seven days, eleven British Divisions and five French attackedin Picardy. The German line along the chalk downland overlooking the Somme valley hadbeen heavily fortified and the British bombardment had failed to destroy it. In terms of casualties,it was to be the worst day in the history of the British Army. About 20,000 men werekilled and 40,000 wounded.Despite the carnage the Allies persevered and made some progress from mid-July andon 23 July the Australians captured Pozières. On 15 September tanks, a British innovation,were first used in the fighting at Delville Wood, High Wood, Flers and Courcelette.Further limited advances resulted from the Battles of Morval and Thiepval Ridge on 25-27September, and the final act, the Battle of the Ancre, began with the capture of Beaumont-Hamel on 13 November 1916. The Battle of the Somme officially lasted 142 days until 18November 1916 by which time, after heavy rainfall, the whole area had become a sea of mud.The total number of casualties was appalling: 415,000 British, 200,000 French and an estimated600,000 Germans.Though the Battle of the Somme caused dismay in Britain and Haig was widely blamedfor the massive loss of life, it did serve, as the French had hoped, to divert German resourcesfrom Verdun and General von Falkenhayn halted the German offensive there on 11 July. Thisallowed the French to counter-attack and they recovered much of their lost ground, endingwith a highly successful attack on 18 December. Von Falkenhayn’s reputation had alreadybeen destroyed and on 27 August he was replaced as Chief of the German General Staff byField Marshal Hindenburg. General Ludendorff became First Quartermaster-General. TheFrench lost more than half a million men at Verdun and the Germans almost the same. It hadproved a bruising year for all the combatants but in hindsight it can be argued that Britishforces had achieved a new professionalism, albeit at very heavy cost, while the Germanscame to see the Somme as ‘the muddy grave of the German field army’.

For most conspicuous bravery, exceptional perseverance, keenness, and very high devotion to duty. Captain McCudden has at the present time accounted for 54 enemy aeroplanes. Of these 42 have been definitely destroyed, 19 of them on our side of the lines. Only 12 out of the 54 have been driven out of control. On two occasions he has totally destroyed four two-seater enemy aeroplanes on the same day, and on the last occasion all four machines were destroyed in the space of 1 hour and 30 minutes. While in his present squadron he has participated in 78 offensive patrols, and in nearly every case has been the leader. On at least 30 other occasions, whilst with the same squadron, he has crossed the lines alone, either in pursuit or in quest of enemy aeroplanes. The following incidents are examples of the work he has done recently:- On 23rd December, 1917, when leading his patrol, eight enemy aeroplanes were attacked between 2.30 p.m. and 3.50 p.m. Of these two were shot down by Captain McCudden in our lines. On the morning of the same day he left the ground at 10.50 and encountered four enemy aeroplanes; of these he shot two down. On the 30th January, 1918, he, single-handed, attacked five enemy scouts, as a result of which two were destroyed. On this occasion he only returned home when the enemy scouts had been driven far east; his Lewis gun ammunition was all finished and the belt of his Vickers gun had broken. As a patrol leader he has at all times shown the utmost gallantry and skill, not only in the manner in which he has attacked and destroyed the enemy, but in the way he has during several aerial fights protected the newer members of his flight, thus keeping down their casualties to a minimum. This officer is considered, by the record he has made, by his fearlessness, and by the very great service he has rendered to his country, deserving of the very highest honour.