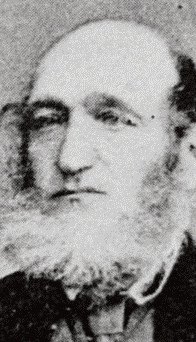 The Taiping rebellion was the most substantial internal challenge faced by the Chinese Empire in the course of the nineteenth century. Partly a response to the weakness and corruption of the central government, it was also a native Chinese attempt to expel their alien Manchu rulers. The rebels established their capital at Nanking in 1853 and it was not until 1864 that the city was retaken by Imperial forces under the command of General Gordon. The river port of Ningbo, on the coast of Chekiang, south of Shanghai, had been recaptured from the Taipings by Imperial forces on 11 May 1862. The British then assisted in clearing the rebels from a thirty-mile radius of the city. In September the Taipings once more went on the offensive. On 8 October 1862 a British Naval Brigade joined up with 3,000 men of the Imperial Chinese Army and 500 men of a Franco-Chinese naval force. Overnight they made their way by gunboat and steamer the thirty miles upriver to the fortified town of Fenghua, south of Ningbo. At 8 o’clock on the morning of 9 October 1862 they attacked its main gates but as the rebels were well prepared they were subjected to a withering fire from the town. Able Seaman G Hinckley was awarded the VC for his gallant rescue of Mr Coker of Sphinx and Captain Bremen of the Imperial Chinese Army. The Taipings evacuated the town the following night.

For volunteering, while under the East Gate of the city of Fung-wha, to carry to a joss house, a hundred and fifty yards distant, under a heavy and continuous fire of musketry, gingalls and stinkpots, Mr. Coker, Master’s Assistant of the “Sphinx,” who had been wounded in the advance to the gate; in which object Hinckley succeeded. On his return to the gate, under a similar fire, he again volunteered, and succeeded in carrying to the joss-house Mr. Bremen, an officer of Ward’s force, who had been also wounded in the advance on the gate; and he again returned to his post under the gate.