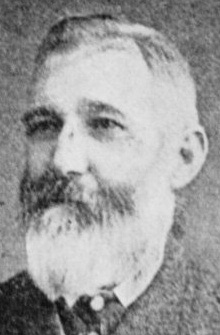 The treaty which the American Commodore Perry negotiated with Japan in 1854 ended the country’s two and a half centuries of almost complete isolation from the outside world. The stresses which this imposed on Japanese society were to lead to the collapse of the Tokugawa Shogunate in 1868 and the revival of Imperial power known as the Meiji Restoration. Many Japanese objected to all western influence and Europeans were often attacked and killed. In 1863, in retaliation for the killing by the Satsuma clan of a British merchant, Charles Richardson, near the treaty port of Yokohama, the Royal Navy bombarded Kagoshima, capital of the Satsuma fief, on the southern island of Kyushu. The Satsuma clan were with the Chosu clan leading opponents of the Tokugawa. The Chosu fief was in the extreme south of Honshu, bordering the Shimonoseki Straits at the western end of the Inland Sea. In autumn 1864, in response to an Imperial Edict of 1863 to expel the barbarians, the Choshu Daimyo closed the Straits and foreign ships were fired on. On 5 September 1864 the ships of four western powers, under the command of Sir Augustus Kuper aboard HMS Euryalus, bombarded the Japanese batteries at Shimonoseki. The following day he landed marines and seamen to dismantle them but the Japanese attacked while the work was in progress. The British counter-attacked and drove the enemy from their stockade. Seven seamen were killed and 26 more were wounded.

For the conspicuous gallantry which, according to the testimony of Captain Alexander, C.B., at that time Flag Captain to Vice-Admiral Sir Augustus Kuper, K.C.B., Mr. Boyes displayed on the occasion of the capture of the enemy’s stockade. He carried a Colour with the leading Company, kept it in advance of all, in the face of the thickest fire, his Colour-Serjeants having fallen, one mortally, the other dangerously, wounded; and he was only detained from proceeding yet further by the orders of his superior Officer. The Colour he carried was six times pierced by musket balls. Thomas Pride, Captain of the After-guard, the survivor of the two Colour-Serjeants who supported Mr. Boyes in the gallant rush which he made in advance of the attack, is also recommended for the Victoria Cross for his conduct on this occasion.