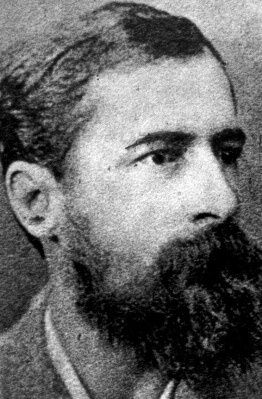 Bhutan had been unified in the seventeenth century by a Tibetan Lama, the Zhabs-drung, and was ruled in theory by his reincarnations, the Dharma Rajas, though secular power, such as it was, was vested in the temporary office of Deb Raja. In fact the nineteenth century saw considerable internal strife and power passed increasingly into the hands of the Wangchuk dynasty, the Governors (Penlops) of Tongsa, who in 1907 established a hereditary monarchy. Bhutan had invaded Cooch Behar in the 1770s but the British annexation of Assam in 1826 after the First Anglo-Burmese War led to frontier disputes. In 1841 Britain annexed the Assam Duars (valleys), which formed the southern border of Bhutan with Assam. Further disputes led to the dispatch of an envoy, Ashley Eden, in 1864. Eden was held captive by the Bhutanese until he signed an agreement restoring the Duars to Bhutan. This was repudiated by the British and a Duar Field Force assembled under Brigadier General W E Mulcaster. The Force’s four columns were to occupy, from east to west, Dewangiri, Sidli, Buxa and Daling. The first troops crossed into Bhutan on 28 November 1864. The Bhutanese had only matchlocks, bows and arrows and slingshots. On 11 December the British occupied Dewangiri and by 8 January 1865 had reached Bishensingh. It was intended then to disband the Field Force, leaving the country in the hands of the Bengal Police. However, beginning on 25 January the Bhutanese under Jigme Namgyal, the Tongsa Penlop, began to attack the line of hill posts from Chumarchi to Dewangiri. A letter from Jigme Namgyal demanding that the British withdraw from Dewangiri could not be read as it was in Tibetan and on 30 January the Bhutanese attacked the position. Though the British held them off they were effectively besieged and on 5 February evacuated the place, abandoning their guns which were taken by the Bhutanese. Following this and other reverses Mulcaster was replaced by Brigadier General H Tombs VC and reinforcements were sent. On 2 April 1865 Tombs retook Dewangiri. An enemy blockhouse was a key to the position and it was in the assault on this that Captain W S Trevor and Lieutenant J Dundas distinguished themselves. Eleven IOMs were awarded for the captureof the blockhouse, including one to Trevor’s orderly, Sepoy Urjun of the 7th Company, Sappers and Miners. As the rainy season was approaching Dewangiri was then evacuated for a second time. The British began to plan an expedition into the interior of the country but a peace treaty was signed at Sinchula on 11 November 1865.

For their gallant conduct at the attack on the Block-house at Dewan-Giri, in Bhootan, on the 30th of April, 1865. Major-General Tombs, C.B., V.C., the Officer in command at the time, reports that a party of the enemy, from 180 to 200 in number, had barricaded themselves in the Block-house in question, which they continued to defend after the rest of the position had been carried, and the main body was in retreat. The Block-house, which was loop-holed, was the key of the enemy’s position. Seeing no Officer of the storming party near him, and being anxious that the place should be taken immediately, as any protracted resistance might have caused the main body of the Bhooteas to rally, the British force having been fighting in a broiling sun on a very steep and difficult ground for upwards of three hours, the General in command ordered these two Officers to show the way into the Block-house. They had to climb up a wall which was 14 feet high, and then to enter a house, occupied by some 200 desperate men, head foremost through an opening not more than two feet wide between the top of the wall and the roof of the Block-house. Major-General Tombs states that on speaking to the Sikh soldiers around him, and telling them in Hindoostani to swarm up the wall, none of them responded to the call, until these two Officers had shewn them the way, when they followed with the greatest alacrity. Both of them were wounded.