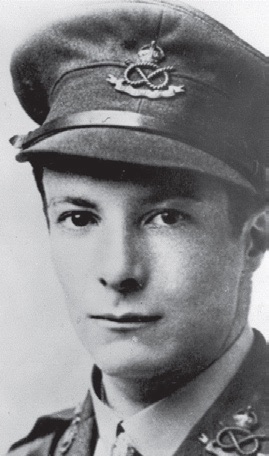 At the beginning of 1918 Austria-Hungary still occupied the north-eastern part of the Veneto in north-east Italy. On 30 March three Sopwith Camels of No 66 Squadron were on patrol near Mansuè, north-east of Treviso, when they were involved in aerial combat with the enemy. Lieutenant A Jerrard, who distinguished himself by his gallantry, was eventually shot down by Oberleutnant Benno Fiala, Ritter von Fernburg, and taken prisoner. His aircraft had been hit by 163 bullets, including 30 in the fuel tank.

When on an offensive patrol with two other officers he attacked five enemy aeroplanes and shot one down in flames, following it down to within one hundred feet of the ground. He then attacked an enemy aerodrome from a height of only fifty feet from the ground, and, engaging single-handed some nineteen machines, which were either landing or attempting to take off, succeeded in destroying one of them, which crashed on the aerodrome. A large number of machines then attacked him, and whilst thus fully occupied he observed that one of the pilots of his patrol was in difficulties. He went immediately to his assistance, regardless of his own personal safety, and destroyed a third enemy machine. Fresh enemy aeroplanes continued to rise from the aerodrome, which he attacked one after another, and only retreated, still engaged with five enemy machines, when ordered to do so by his patrol leader Although apparently wounded, this very gallant officer turned repeatedly, and attacked single-handed the pursuing machines, until he was eventually overwhelmed by numbers and driven to the ground Lt. Jerrard had greatly distinguished himself on four previous occasions, within a period of twenty-three days, in destroying enemy machines, displaying bravery and ability of the very highest order