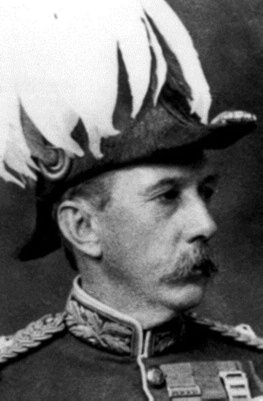 The Malay Peninsula was divided into a number of small states. All were jealous of one another and nervous of Siam to the north and the British presence at Singapore to the south. Some were already important exporters of tin, an industry farmed out by the local rulers to rival and feuding groups of Chinese. Periods of instability in any state damaged trade and led to an increase in piracy along its coast. Although the British government was eager to avoid entanglement in the internal affairs of these states, attempts to maintain peace in the area coupled with the enthusiasm of local British officials for a more interventionist policy, meant that efforts to stand aloof were doomed to failure. In 1871 the death of the Sultan of Perak had led to a dispute over the succession to the throne. As often happened there were a number of claimants. In 1873 Sir Andrew Clarke had arrived in Singapore as Governor of the Straits Settlements. Concerned at the increased level of piracy he had begun to negotiate for the appointment of a British Resident in Perak. In 1874 at a Conference at Pangkor one of the claimants to the Sultanate of Perak had agreed to the appointment in return for British support of his claims. In November 1874 James Birch took up his post as first British Resident. He was a man of immense energy but this was not matched by an equivalent level of tact or diplomacy. He failed completely to disguise the reality that the Resident was, in effect, to be Britain’s Administrator of the state and within a year of his appointment the rival claimants to the Sultanate colluded in his murder on 1 November 1875. This was despite his well-meaning attempts to institute much needed reform to the state’s tax system and the institution of debt-bondage. There was now no alternative to full-scale military and political intervention. On 27 November 1875 Brigadier General Ross reached Penang in command of an Indian contingent. This force restored order in Upper Perak. Meanwhile Major General Colbourne, with troops from Singapore and Hong Kong, advanced to Kuta, which fell on 17 December. Resistance continued only at Sungei Ujong, near Perak. Half a battery of Artillery and 250 Gurkhas were despatched to deal with it. After an attack on 20 December all resistance was quelled and the campaign was brought to an end. Captain G N Channer distinguished himself in this action. The two sepoys who were the first to follow him into the enemy stockade were both awarded the (Indian) Order of Merit.

For having, with the greatest gallantry, been the first to jump into the Enemy’s Stockade, to which he had been dispatched with a small party of the 1st Ghoorkha Light Infantry, on the afternoon of the 20th December, 1875, by the Officer commanding the Malacca Column, to procure intelligence as to its strength, position &c. Major Channer got completely in rear of the Enemy’s position, and finding himself so close that he could hear the voices of the men inside, who were cooking at the time, and keeping no look out, he beckoned to his men, and the whole party stole quietly forward to within a few paces of the Stockade. On jumping in, he shot the first man dead with his revolver, and his party then came up, and entered the Stockade, which was of a most formidable nature, surrounded by a bamboo palisade; about seven yards within was a log-house, loop-holed, with two narrow entrances, and trees laid latitudinally, to the thickness of two feet. The Officer commanding reports that if Major Channer, by his foresight, coolness, and intrepidity, had not taken this Stockade, a great loss of life must have occurred, as from the fact of his being unable to bring his guns to bear on it, from the steepness of the hill, and the density of the jungle, it must have been taken at the point of the bayonet.