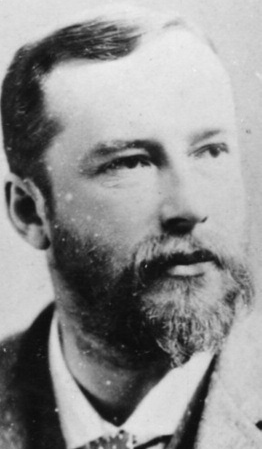 More details about: THE ASHANTI WAR

On 2 April 1872 the Dutch ceded to Britain their trading post of Elmina on the West Coast of Africa, about eighty-five miles south-west of Accra. The most important African kingdom in the region was that of the Ashanti. Though their capital at Kumasi was about 100 miles inland, the Ashanti regarded the coastal tribes as owing them tribute and had received an annual payment from the Dutch. Resenting the expansion of British power the Ashanti King, Kofi Karikari, sent his troops south across the Pra river to attack the coastal tribes. The British contained them but decided to launch a punitive expedition to subdue the Ashanti. Sir Garnet Wolseley arrived at Cape Coast on 2 October 1873. His objective, after freeing the Protectorate from the invaders, was to march into Ashanti territory and destroy Kumasi. Initially he had at his disposal only the 2nd West India Regiment and local irregulars. With these, by an action at Essaman on 14 October, he cleared the Ashanti from the area around Elmina. However the expedition to Kumasi only became practicable with the arrival in January 1874 of the 23rd Regiment (Royal Welsh Fusiliers), the 42nd Regiment (The Black Watch) and 2nd Battalion The Rifle Brigade, a naval brigade and 28 Field Company, Royal Engineers. On 20 January 1874 the main force of British troops crossed the River Pra heading north into Ashanti territory. Wolseley also had three subsidiary columns operating in the territory. A thousand Hausas and Yorubas under Captain Glover were advancing from the Volta in the east intending to join with Wolseley at Kumasi. Glover was at Akropong on 6 January 1874. On 16 January he took the village of Abogoo, where he remained until the 26th awaiting more ammunition. It was nominally for his gallantry in a skirmish outside Abogoo on the 17th that Captain R W Sartorius was awarded the VC. However, the real reason for the award was his daring ride through the heart of the Ashanti kingdom. On 10 February Glover sent him from Essiamimpon to make contact with Wolseley. The next day he reached Kumasi but found Wolseley had already left it in ruins and it was not until the 12th that he caught up with Wolseley at Fomena. The War Office ruled that this act fell outside the terms of the VC warrant and that there were no suitable witnesses to it but Lord Carnarvon, the Colonial Secretary, and the Duke of Cambridge were determined that some way should be found of recognizing it.

For having during the attack on Abogoo, on the 17th January last, removed from under a heavy fire Serjeant-Major Braimah Doctor, a Houssa Non-Commissioned Officer, who was mortally wounded, and placed him under cover.