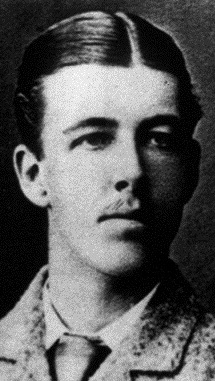 In March 1879 the Khugianis rose against the British. Browne detailed Brigadier General C J S Gough VC to deal with them and on 1 April Gough marched west from Jellalabad to Futtehabad on the Kabul road. Advancing further up the road the following day he came upon an enemy force, 5,000 strong, in position behind breastworks, which stretched for a mile along the crest of a ridge. A feint attack by cavalry and artillery, followed by their apparent retreat, tempted the Khugianis to leave the safety of their defences. They were then attacked by both cavalry and infantry and routed. There were very few British casualties but in one of the charges, Major Wigram Battye, the commander of two squadrons of Guides Cavalry, was killed and Lieutenant W R P Hamilton took his place. The enemy casualties were 300 dead and 900 wounded. On 4 April Gough destroyed the defences of Khuja, the chief centre of the Khugianis, and on the 6th the tribe surrendered.

For conspicuous gallantry during the action at Futtehabad on the 2nd April, 1879, in leading on the Guide Cavalry in a charge against very superior numbers of the enemy, and particularly at a critical moment when his Commanding Officer (Major Wigram Battye) fell, Lieutenant Hamilton, then the only Officer left with the Regiment, assumed command and cheered on his men to avenge Major Battye’s death. In this charge Lieutenant Hamilton, seeing Sowar Dowlut Ram down, and attacked by three of the enemy, whilst entangled with his horse (which had been killed) rushed to the rescue, and followed by a few of his men cut down all three and saved the life of Sowar Dowlut Ram.