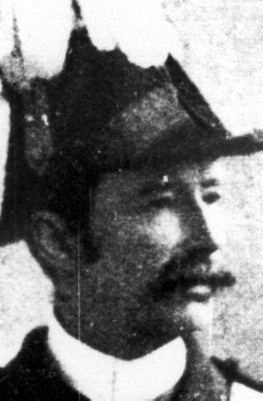 As soon as news of Cavagnari’s murder reached the Kandahar Field Force, Major General Sir D Stewart reoccupied Kandahar. Hoping that a diversion would ease Roberts’ march on Kabul, on 23 September 1879 he sent an infantry brigade under Brigadier General R J Hughes northeast up the Kabul road. On 24 October, at Shahjui, 130 miles from Kandahar and a third of the way to Kabul, Hughes encountered and defeated a large force of Ghilzai tribesmen. As Roberts had already occupied Kabul, Hughes’ force then returned to Kandahar.

For conspicuous bravery during the action at Shah-jui, on the 24th October, 1879, in leading a party of five or six men of the 59th Regiment against a body of the enemy, of unknown strength, occupying an almost inaccessible position on the top of a precipitous hill. The nature of the ground made any sort of regular formation impossible, and Captain Sartorious had to bear the first brunt of the attack from the whole body of the enemy, who fell upon him and his men as they gained the top of the precipitous pathway; but the gallant and determined bearing of this Officer, emulated as it was by his men, led to the most perfect success, and the surviving occupants of the hill top, seven in number, were all killed. In this encounter Captain Sartorius was wounded by sword cuts in both hands, and one of his men was killed.