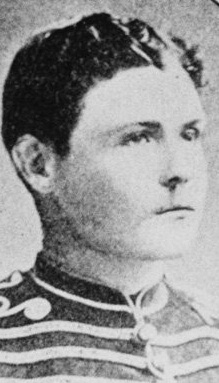 After the abdication of Yakub Khan, the British faced a political vacuum and, for a time, considered a division of Afghanistan into three states based on the major cities of Kabul, Herat and Kandahar. At Kandahar they had already installed as Governor Sher Ali, a cousin and namesake of the late Amir. The leading candidate for the throne of Kabul soon emerged in the person of Abdur Rahman, a nephew of Amir Sher Ali and son of one of his predecessors. This however overlooked the claims of Ayub Khan, the Governor of Herat who, as Yakub Khan’s brother, regarded himself as his heir. In June 1880 Ayub Khan began marching his supporters south-east towards Kandahar. In April 1880 Stewart had left Kandahar for Kabul and the city was garrisoned by a British force of only 5,000 men. Part of these under Brigadier General G S R Burrows were sent to assist Sher Ali’s troops in blocking Ayub Khan’s crossing of the Helmand river but, demonstrating Sher Ali’s lack of popular support, they deserted to Ayub Khan. Faced with this turn of events Burrows began to move back from the Helmand.He then received instructions to prevent any possible move Ayub Khan might make to bypass Kandahar and strike out for Ghazni on the Kabul road. Ordered to prevent this at all costs, he came across Ayub Khan’s army west of Maiwand on 27 July 1880. The Afghans outnumbered the British four to one and also had superior firepower. Burrows, who had chosen a weak defensive position, was soon attacked. The British were overwhelmed and nearly a thousand men were killed.

For conspicuous bravery during the action at Maiwand, on the 27th July, 1880, in endeavouring to save the life of Driver Pickwell Istead. This Non-Commissioned Officer, when the battery to which he belonged, was on the point of retiring, and the enemy were within ten or fifteen yards, unhesitatingly ran back about two yards and picking up Driver Istead, placed him on the limber, where, unfortunately, he died almost immediately. Again, during the retreat, Sergeant Mullane volunteered to procure water for the wounded, and succeeded in doing so by going into one of the villages in which so many men lost their lives.