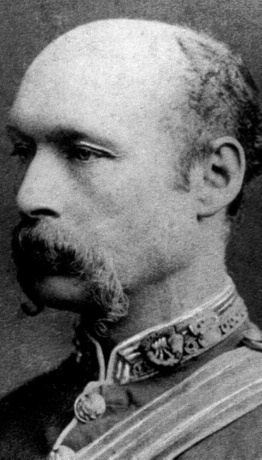 For his gallant conduct, on the 28th March, 1879, in rescuing from the Zulus Lieutenant A. M. Smith, of the Frontier Light Horse, during the retreat from the Inhlobana. Lieutenant Smith whilst on foot, his horse having been shot, was closely pursued by the Zulus, and would have been killed had not Major Leet taken him upon his horse and rode with him, under the fire of the enemy, to a place of safety.