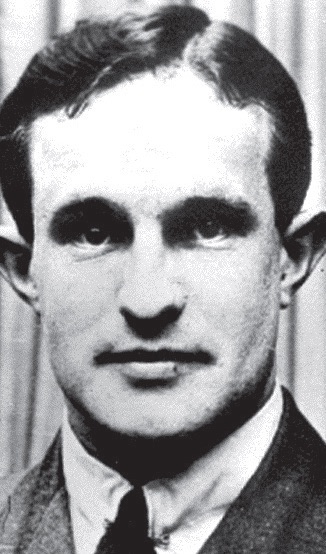 Captain A F W Beauchamp Proctor was awarded the VC for his exploits in the air between 8 August 1918, the first day of the Battle of Amiens, and 8 October 1918, when he was injured in combat near Maretz, south-east of Cambrai and north-east of St Quentin, though he managed successfully to land his plane at Assevillers. During the whole of his flying service, from his first victory in November 1917, he destroyed 22 enemy aircraft, 16 kite balloons and drove down a further 16 enemy machines completely out of control. These 54 victories made him the fifth highest ranking British Ace and the most highly decorated serviceman in South Africa’s history.

Between August 8th, 1918, and October 8th, 1918, this officer proved himself victor in twentysix decisive combats, destroying twelve enemy kite balloons, ten enemy aircraft, and driving down four other enemy aircraft completely out of control. Between October 1st, 1918, and October 5th, 1918, he destroyed two enemy scouts, burnt three enemy kite balloons, and drove down one enemy scout completely out of control. On October 1st, 1918, in a general engagement with about twenty-eight machines, he crashed one Fokker biplane near Fontaine and a second near Ramicourt; on October 2nd he burnt a hostile balloon near Selvigny; on October 3rd he drove down, completely out of control, an enemy scout near Mont d’Origny, and burnt a hostile balloon; on October 5th the third hostile balloon near Bohain. On October 8th, 1918, while flying home at a low altitude, after destroying an enemy two-seater near Maretz, he was painfully wounded in the arm by machine-gun fire, but, continuing, he landed safely at his aerodrome, and after making his report was admitted to hospital. In all he has proved himself conqueror over fifty-four foes, destroying twenty-two enemy machines, sixteen enemy kite balloons, and driving down sixteen enemy aircraft completely out of control. Captain Beauchamp-Proctor’s work in attacking enemy troops on the ground and in reconnaissance during the withdrawal following on the Battle of St. Quentin from March 21st, 1918, and during the victorious advance of our Armies commencing on August 8th, has been almost unsurpassed in its brilliancy, and as such has made an impression on those serving in his squadron and those around him that will not be easily forgotten. Captain Beauchamp-Proctor was awarded the Military Cross on 22nd June, 1918; D.F. Cross on 2nd July, 1918; Bar to M.C. on 16th September, 1918, and Distinguished Service Order on 2nd November, 1918.