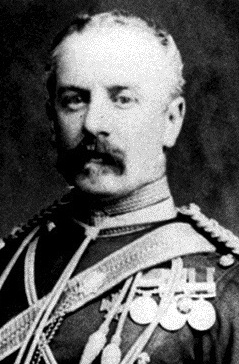 For gallant conduct in having at great personal risk, during the retirement of the reconnoitring party across the “White Umvolosi River” on 3rd July last, turned to assist Sergeant Fitzmaurice, 1st Battalion 24th Foot (whose horse had fallen with him), mounted him behind him on his horse, and brought him away in safety under the close fire of the Zulus who were in great force, and coming on quickly. Lord Beresford’s position was rendered most dangerous from the fact that Sergeant Fitzmaurice twice nearly pulled him from his horse.