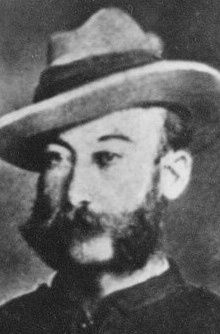 For his conspicuous courage and bravery on several occasions during the campaign, and especially for his conduct on the 3rd July, 1879, at the close of the reconnaissance before Ulundi, in assisting to rescue Sergeant Fitzmaurice, 1st Battalion 24th Mounted Infantry, whose horse fell and rolled on him, as the troops retired before great numbers of the enemy. When lifted up behind him by Lord William Beresford, the man, being half stunned by this fall, could not hold on, and he must have been left had not Sergeant O’Toole, who was keeping back the advancing Zulus, given up his carbine and assisted to hold Sergeant Fitzmaurice on the horse. At the time the Zulus were rapidly closing on them, and there was no armed man between them and Sergeant O’Toole.