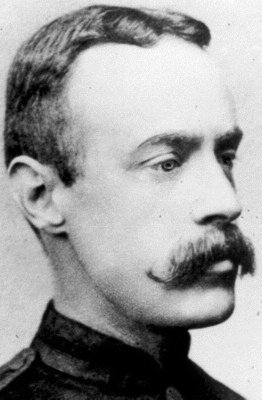 Despite the assistance offered by the Basutos in defeating Morosi, the Cape Government saw no reason to exempt them from its general policy of disarming the native peoples. In 1879 it was announced that the Cape Peace Preservation Act would be extended to Basutoland. Letsie I, who had succeeded his father Moshoeshoe as Paramount Chief, petitioned the authorities against the Act but it came into force in May 1880. Letsie handed in his own guns but he was a weak ruler and some of his chiefs, including his son and eventual successor Lerothodi and his brother Masopha, determined to resist. Many Basutos who worked in the mines at Kimberley returned to take part in the struggle. The Fifth Basuto War, the so-called Gun War, broke out in September. Much of the fighting took place around Maseru and Mafeteng. On 14 January 1881 a troop of nearly 1,000 men under Colonel Brabant set out east from Mafeteng. A few miles out they encountered a much larger Basuto force commanded by Lerothodi and Maama, another son of Letsie. Brabant sent 400 Burghers to burn the village of Radiamari, which was on his right flank. In disregard of their orders they then advanced to Sepechele, where Lerotholi and Maama counter-attacked. The action lasted for five hours, mostly in heavy rain, before the Basutos were driven from their position. Surgeon J F McCrea distinguished himself by his gallantry. He was assisted by Captain Buxton, correspondent for Webster’s Press Association, and Mr Cotton, a Wesleyan chaplain, who remained at his side throughout the engagement. An armistice was signed on 18 April 1881 although Masopha continued to resist until September 1881. In fact, the Cape Government had signally failed to subdue or disarm the Basutos and the difficulties involved in administering the territory led the Cape authorities in 1884 to return Basutoland to Imperial control. It then became a Crown Colony and was ruled jointly by the Paramount Chief (Lerothodi from 1891) and a British Resident Commissioner.

For his conspicuous bravery during the severely contested engagement with the Basutos on the 14th January, 1881, at Tweefontein, near Thaba Tsen, when, after the enemy had charged the Burghers in the most determined manner, forcing them to retire with a loss of sixteen killed and twenty-one wounded, Surgeon McCrea went out for some distance, under a heavy fire, and, with the assistance of Captain Buxton, of the Mafeteng Contingent, conveyed a wounded Burgher named Aircamp to the shelter of a large ant-heap, and having placed him in a position of safety returned to the Ambulance for a stretcher. Whilst on his way thither Surgeon McCrea was severely wounded in the right breast by a bullet, notwithstanding which, he continued to perform his duties at the Ambulance, and again assisted to bring in several wounded men, continuing afterwards to attend the wounded during the remainder of the day, and scarcely taking time to dress his own wound, which he was obliged to do himself, there being no other Medical Officer in the Field. Had it not been for this gallantry and devotion to his duty on the part of Surgeon McCrea, the sufferings of the wounded would undoubtedly have been much aggravated, and greater loss of life might very probably have ensued.