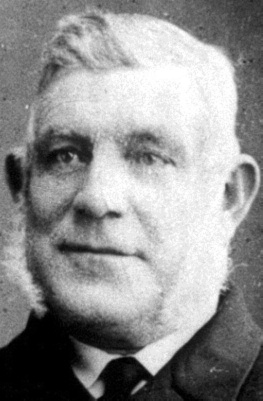 Egypt had been part of the Ottoman Empire since 1517 but had been ruled from the beginning of the nineteenth century by Mohammad Ali and his descendants as a semi-independent state. Its strategic importance as the gateway to India and the East was greatly enhanced by the opening of the Suez Canal in 1869. In 1875 Britain acquired 44% of the shares in the Suez Canal Company from the Khedive Ismail, the ruler of Egypt, who was in financial difficulties. The following year Britain and France established a system of ‘Dual Control’ over the country’s finances and in 1879, at their request, the Sultan of Turkey deposed the improvident Khedive in favour of his son, Tewfik. However the internal situation continued to deteriorate. The Egyptians resented the increasing role played by Europeans in their country. Meanwhile there was tension among the officer class in the Egyptian army between native Egyptians and those from other parts of the Turkish Empire. Among the former Arabi Pasha soon emerged as the leader of the nationalist cause. Though the Khedive feared him, he had little alternative but to accept him as his Minister of War. Britain and France, fearing civil unrest in the country and that the nationalists would seek to default on Egypt’s foreign debts, each sent a warship and two gunboats to Alexandria as a show of force. This provoked riots in the city on 11 June 1882. More than forty Europeans were killed, including members of the crew of HMS Superb. The French decided to take no further action but the British naval presence off Alexandria was increased. Fearing that the Egyptian shore batteries were being strengthened, eight British warships under the command of Admiral Sir Beauchamp Seymour, opened fire on them at 7am on 11 July 1882. The bombardment lasted for ten hours but the batteries put up stiff resistance and several British ships were damaged. HMS Alexandra received sixty hits, twenty-four of which penetrated the ship above the armour plating, killing one man and wounding three others. One 10-inch shell smashed through the torpedolieutenant’s cabin, hit the engine room hatch and landed on the Alexandra’s main deck. James Maxwell, the assistant paymaster, realized that its fuse was still burning. Gunner I Harding heard him shout out a warning and with great valour disarmed the shell.

At about nine o’clock, on the morning of the 11th July, whilst Her Majesty’s Ship “Alexandra” was engaging the Forts at Alexandria, a 10-inch spherical shell passed through the ship’s side and lodged on the main deck. Mr. Harding, hearing the shout “there is a live shell just above the hatchway,” rushed up the ladder from below, and, observing that the fuze was burning, took some water from a tub standing near, and threw it over the projectile, then picked up the shell and put it into the tub. Had the shell burst, it would probably have destroyed many lives.