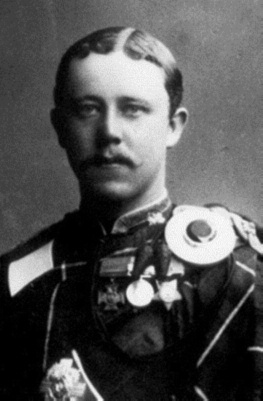 Faced with a full-blown crisis in Egypt, Gladstone’s ministry, though opposed in principle to intervention, now saw no alternative. As Tewfik had proclaimed Arabi a rebel, the British objective was to restore the Khedive’s authority. On 15 August 1882 Lieutenant General Sir Garnet Wolseley arrived at Alexandria to command an expeditionary force of British and Indian troops. On 18 August Port Said at the northern end of the Suez Canal was occupied and by the 20th the whole Canal was in British hands. Wolseley used its mid-point, Ismailia, as the base for his advance on Cairo, which lay to the south-west. Marching west along the line of the railway and the sweet water canal, the British fought a minor engagement at Magfar on 24 August, and an advanced force under Major General Sir Gerald Graham repulsed a counterattack by Arabi’s men at Kassassin on 27 August. Arabi tried to block the British advance at Tel-el-Kebir where an Egyptian army of 20,000 men had taken up position behind a fourmile- long series of earthworks. Wolseley marched his army from Kassassin under cover of darkness and attacked at dawn. By 6am, after only an hour’s fighting, the Egyptians were in retreat and Arabi’s headquarters was seized three quarters of an hour later. The British lost 57 killed with just under 400 wounded. 2,000 Egyptians were killed, and an unknown number wounded. The following day the British entered Cairo. Arabi Pasha surrendered and with other rebel leaders was banished to Ceylon. Both Seymour and Wolseley received peerages. British troops were to remain in Egypt until 1956.

For conspicuous bravery displayed by him during the battle of Tel-el-Kebir, on the 13th September, 1882, in leading a party of the Highland Light Infantry to storm a redoubt. Lieutenant Edwards (who was in advance of his party) with great gallantry rushed alone into the battery, killed the Artillery Officer in charge, and was himself knocked down by a gunner with a rammer, and only rescued by the timely arrival of three men of his Regiment.