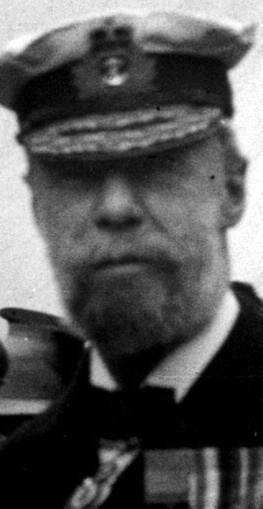 Since the reign of Mohammed Ali at the beginning of the nineteenth century, Sudan had been ruled by Egypt. The Egyptian officials were corrupt and inefficient, and their administration was bitterly resented by the local people, who were only waiting for the appearance of a suitable leader to throw off the foreign yoke. This role was to be filled by a new religious teacher, Mohammed Ahmed. In 1881 he proclaimed himself The Mahdi, the inspired leader whom the Prophet Mohammed had said would institute the rule of righteousness before the end of the world. Over the next few years much of the Sudan fell into his hands. Britain resisted Egyptian requests for assistance and emphasized to the Khedive the necessity of abandoning his attempts to govern the Sudan. However, at the beginning of 1884 Britain accepted the Khedive’s appointment of General Charles George Gordon as Governor General of the Sudan to oversee the evacuation of Egyptian forces. As the revolt had spread to north-eastern Sudan, Britain also, for a short period, sent a small force to guard the strategic port of Suakin on the Red Sea, which was used to send men and supplies into Sudan, and to try and relieve the Egyptian defenders of Tokar. The Mahdist forces inland from the Red Sea Coast were led by Osman Digna, a former slave trader, and threatened the Egyptian garrisons at Sinkat and Tokar, fifty miles to the south of Suakin. An Egyptian expedition, commanded by General Valentine Baker, was sent to reinforce them, but on 4 February 1884, while advancing from Suakin to Tokar, Baker was defeated at El-Teb, five or so miles inland from the harbour at Trinkitat. Two-thirds of his force of over three thousand men were killed. Left to its own resources, the garrison at Sinkat was massacred. A British expeditionary force was now dispatched to Suakin under Major General Sir Gerald Graham VC, including men from the Royal Irish Fusiliers and the York and Lancaster Regiment, and a battalion of Marines. The force attacked Osman Digna’s position at El-Teb on 29 February, though by that time the garrison at Tokar had surrendered to the enemy. Osman Digna had two batteries, armed with guns captured from Baker and manned by Egyptian soldiers from Tokar. During the assault on the first of these batteries Captain A K Wilson RN, though present solely as an observer, took the place of an injured officer. After the first battery was captured and the second battery silenced, the cavalry charged in three lines. The third line was attacked on its right and the first two wheeled back to assist it. Lieutenant Colonel Percy Barrow, leading the second line, was wounded by a spear in his arm and side and was only rescued through the efforts of Sergeant W T Marshall. After the Sudanese had been defeated the British buried the dead from the first battle, gathered up arms abandoned by the rebels and returned to Suakin.

This Officer, on the staff of Rear-Admiral Sir William Hewett, at the Battle of El-Teb, on the 29th February, attached himself during the advance to the right half battery, Naval Brigade, in the place of Lieutenant Royds, R.N., mortally wounded. As the troops closed on the enemy’s Krupp battery the Arabs charged out on the corner of the square and on the detachment who were dragging the Gardner gun. Captain Wilson then sprang to the front and engaged in single combat with some of the enemy, thus protecting his detachment till some men of the York and Lancaster Regiment came to his assistance with their bayonets. But for the action of this Officer Sir Redvers Buller thinks that one or more of his detachment must have been speared. Captain Wilson was wounded but remained with the half battery during the day.