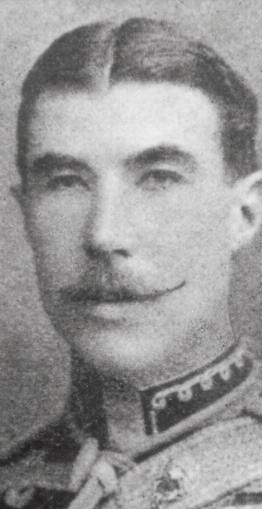 The victory at El-Teb had failed to inflict a crushing defeat on Osman Digna and on his return to Suakin, Major General Sir Gerald Graham set out to attack the position Osman had taken up at Tamaai, just under ten miles south-west of the port on the route to Sinkat. On 13 March 1884 he launched his assault. The British were formed up in two squares and the Black Watch who were in the first were ordered to charge and the York and Lancasters followed them. This opened up a gap in the square, which the enemy, many of whom had been hiding in a ravine just ahead, exploited. The square had no alternative but to retreat in some disorder. The Naval Brigade which had been sent to the fore suffered heavy casualties and temporarily abandoned their Gatling guns. It was in these desperate circumstances that Private T Edwards distinguished himself. At this point the second square, commanded by Brigadier General Redvers Buller, began to advance. The Mahdists were defeated and Osman Digna’s camp captured. However, it was at a heavy cost following a near disaster, and Osman Digna still remained at large. Graham had wished to reopen the road to Berber on the Nile which was the key to the successful evacuation of Gordon and the Egyptian forces in the Sudan, but in the event his force was withdrawn having achieved little of lasting value.

For his conspicuous bravery at the battle of Tamai, on 13th March last, in risking his life to save that of Private Morley, Royal Sussex Regiment, who, having been shot, was lifted and placed in front of Lieutenant Marling on his horse. He fell off almost immediately, when Lieutenant Marling dismounted, and gave up his horse for the purpose of carrying off Private Morley, the enemy pressing close on to them until they succeeded in carrying him about 80 yards to a place of comparative safety.