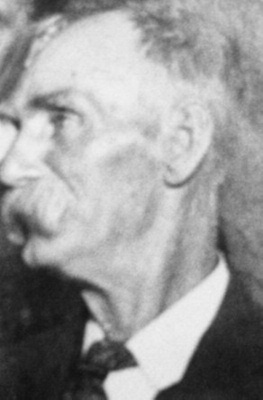 Sir Gerald Graham’s force in north-east Sudan was withdrawn at precisely the moment that General Gordon in Khartoum was being surrounded by the Mahdi’s forces and it was not until September 1884 that Lord Wolseley arrived in Egypt to lead a relief expedition to rescue Gordon. On reaching Korti in mid-December he decided that one column would continue along the Nile, which turned north at this point, while a second column 1,400 strong under Major General Sir Herbert Stewart would save time by marching south across the desert cutting off the giant loop of the river and rejoining its southward course at Metemmeh. During this manoeuvre Stewart was attacked by 10,000 Mahdists at the wells of Abu Klea, about twenty miles north of Metemmeh on 17 January 1885. The tribesmen broke into one of the British squares but were eventually beaten off with about 1,100 casualties. The British lost 74 killed with 94 wounded. On 19 January Stewart himself was wounded and Sir Charles Wilson took command. However, Khartoum fell and Gordon was killed on 26 January 1885 before British troops could reach him. There was nothing left but for the British force to withdraw, leaving the country in the hands of the Mahdi and his followers. A Mahdist attempt to invade Egypt was defeated at Ginnis on 30 December 1885.

At the action of Abu Klea, on the 17th January last, when the enemy charged, the square fell back a short distance, leaving Lieutenant Guthrie, Royal Artillery, with his gun, in a comparatively unprotected position. At this moment a native rushed at Lieutenant Guthrie with a spear and would in all probability have killed that officer, who had no weapon in his hand at the time (being engaged in superintending the working of his gun), when Gunner Smith with a gun handspike warded off the thrust, thus giving Lieutenant Guthrie time to draw his sword, and with a blow bring the assailant to his knees, but as the latter fell he made a wild thrust at the Officer with a long knife, which Gunner Smith again warded off, not however before the native had managed to inflict a wound in Lieutenant Guthrie’s thigh. Before the Soudani could repeat the thrust Gunner Smith killed him with the handspike and thus for the time saved the life of his Officer, though the latter unfortunately died some days afterwards of his wound.