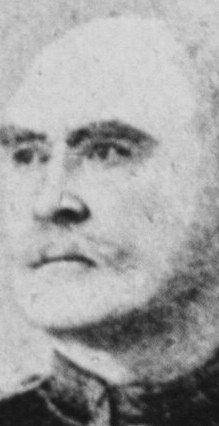 Lower Burma, the coastal area around Rangoon and the mouth of the Irrawaddy, had been annexed to British India in 1853 after the Second Burmese War. The Burmese looked to the French to protect them from further British expansion and in 1885 King Thibaw, who had succeeded to the throne in 1878, concluded a commercial convention with France. British concern at this, coupled with a dispute over the Burmese timber trade and long-standing disagreements over a British diplomatic presence at Mandalay, led on 22 October 1885 to a British ultimatum to Thibaw to accept a British Resident and British control over Burmese foreign affairs. His agreement to these terms had to reach Rangoon by 10 November. Thibaw refused them and on 7 November expelled all the British from his territories. The British had anticipated this and the result was the Third Burma War. On 15 November a force of 9,000 men, under Major General Harry Prendergast VC, crossed the Burmese frontier and advanced by boat up the Irrawaddy to Mandalay, which was reached on the 28th. Thibaw, who had been unprepared for the speed of the British reaction to his defiance, surrendered without a fight and was taken down-river to exile in India. Upper Burma was formally annexed by Britain from 1 January 1886. The overthrow of the Burmese govermnment was accomplished with relative ease but the Expeditionary Force was too small to occupy the country, which dissolved into banditry and guerrilla warfare. It took a further two years to pacify the bulk of it. There was still a need to impose some form of order on the various minority peoples who had been vassals of the Burmese kings, including the Karens, Kachins and Shan along the Thai and Chinese borders and the Chin along the western border with India. The British intention was that the Chiefs of the Tribal States should continue to Administer their own territories as long as they desisted from warring amongst themselves. Sawlawpaw, the Sawbwa of Eastern Karenni, which lay near the Thai border, had attacked the neighbouring state of Mawkmai and in September 1888 Sawlawpaw was ordered to pay an indemnity for the damage done and for the cost of the troops sent to protect Mawkmai. He refused and a punitive force was sent out against him. Its Northern Column of over 600 men under Brigadier-General H Collett left Fort Stedman on 29 December 1888. On 1 January 1889, at the village of Ngakyaing, near Loikaw, the column was fired on. A charge by the mounted 27th Bombay Light Infantry routed the Karens, of whom at least 150 were killed. British casualties were four dead and eight wounded. By 8 January the force had taken Sawlawpaw’s capital at Sawlôn, from which he had fled. It withdrew on 30 January, having installed Sawlawpaw’s nephew Sawlawi as the new ruler.

Lieutenant Tighe, 27th Bombay Infantry (to the Mounted Infantry of which Corps Surgeon Crimmin was attached) states that in the action near Lwekaw, Eastern Karenni, on the 1st January last, four men charged with him into the midst of a large body of the enemy who were moving off from the Karen left flank, and two men fell to the ground wounded. He saw Surgeon Crimmin attending one of the men about 200 yards to the rear. Karens were round the party in every direction, and he saw several fire at Surgeon Crimmin and the wounded man. A Sepoy then galloped up to Surgeon Crimmin, and the latter joined the fighting line which then came up. Lieutenant Tighe further states that very shortly afterwards they were engaged in driving the enemy from small clumps of trees and bamboo, in which the Karens took shelter. Near one of these clumps he saw Surgeon Crimmin attending a wounded man. Several Karens rushed out at him. Surgeon Crimmin thrust his sword through one of them and attacked a second, a third Karen then dropped from the fire of a Sepoy, upon which the remaining Karens fled.