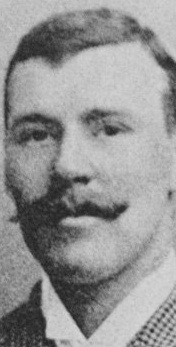 Beyond Nilt the road had been destroyed in places and the way forward was blocked by the two forts of Thol and Mayun on either side of the Hunza river. Assaults on the former on 8 December 1891 and on the latter on the 12th were unsuccessful. The complex of forts was itself protected by breastworks on the ridge above them. Eventually, Sepoy Nagda, 2nd Kashmir Rifles, reconnoitred a route up the cliff to these sangars and just after dawn on 20 December Lieutenant J M Smith and 50 men of the 5th Goorkhas began to scale the 1,200 foot cliff. The climb took four hours. When they reached the top Smith and his men stormed the sangars and cleared them. Seeing that they had been outflanked the defenders of both Thol and Mayun quickly abandoned the forts. Smith was awarded the VC and his Gurkha orderly and nine men from the 2nd Kashmir Rifles, including Sepoy Nagda, the (Indian) Order of Merit, 3rd Class. The fall of Nilt to the British on 2 December and the abandonment of Thol and Mayun on 20 December left Hunza and Nagar defenceless. Safdar Ali, the Mir of Hunza, fled to China and was replaced by his half-brother, Mohamed Nizam Khan. The campaign had effectively brought both states firmly under British control.

For his conspicuous bravery when leading the storming party at the attack and capture of the strong position occupied by the enemy near Nilt, in the Hunza-Nagar Country, on the 20th December, 1891. The position was, owing to the nature of the country, an extremely strong one, and had barred the advance of the force for seventeen days. It was eventually forced by a small party of 50 rifles, with another of equal strength in support. The first of these parties was under the command of Lieutenant Smith, and it was entirely owing to his splendid leading, and the coolness, combined with dash, he displayed while doing so, that a success was obtained. For nearly four hours, on the face of a cliff which was almost precipitous, he steadily moved his handful of men from point to point, as the difficulties of the ground and showers of stones from above gave him an opportunity, and during the whole of this time he was in such a position as to be unable to defend himself from any attack the enemy might choose to make. He was the first man to reach the summit, within a few yards of one of the enemy’s sungars, which was immediately rushed, Lieutenant Smith pistolling the first man.