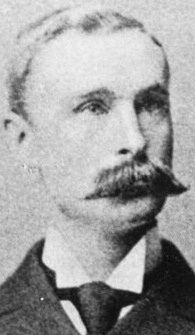 Chitral was a small state, a little larger than Wales, on India’s north west frontier with Afghanistan. Its strategic position inevitably led to British involvement in its internal affairs. In August 1892 the Mehtar, Aman-ul-Mulk, who had ruled since 1857, died. During the next three blood-soaked years various of his relations struggled to obtain a secure grasp on his throne. The British found themselves supporting his son Nizam-ul-Mulk but on New Year’s Day 1895 Nizam was murdered by one of his brothers, Amir-ul-Mulk, who had been conspiring with his uncle, Sher Afzul, an exile in Afghanistan, whose ruler supported his own claims. The situation was further complicated by the invasion of Chitral by Umra Khan, ruler of the neighbouring Pathan state of Jandola. On 31 January 1895 Surgeon Major George Robertson, British Political Agent at Gilgit, occupied the Fort at Chitral with a force of 400. Deeply suspicious of Amir-ul-Mulk, on 2 March Robertson deposed him and appointed his young brother Shuja-ul-Mulk as Mehtar. On the following day, justifiably concerned that Sher Afzul might attack the Fort, he sent out Captain Colin Campbell with 200 men (half the garrison) to reconnoitre. Campbell was soon confronted by Sher Afzul’s forces and the British, who suffered heavy casualties, had no option but to retreat to the Fort. Amongst the last of the stragglers to return was Surgeon Captain H F Whitchurch, who had placed himself in extreme danger in order to bring in Captain John MacDonald Baird, 24th Punjab Infantry, Robertson’s military secretary. Baird was so badly wounded that he died the following day, but not before he had secured Robertson’s promise that Whitchurch’s gallantry should be recognized. The fort was besieged for the next six weeks. Major General Sir Robert Low set off north from Nowshera through the Malakand Pass with a Chitral Relief Force but in the event the siege was raised on 20 April 1895 by Colonel James Kelly who had marched west from Gilgit. Sher Afzul surrendered on 27 April. Shuja-ul-Mulk ruled as Mehtar until his death in 1936. It was also during this campaign that Lieutenant F A Maxwell, subsequently awarded a VC in the Boer War (see below), distinguished himself by retrieving the body of Lieutenant- Colonel F D Battye on 13 April 1895.