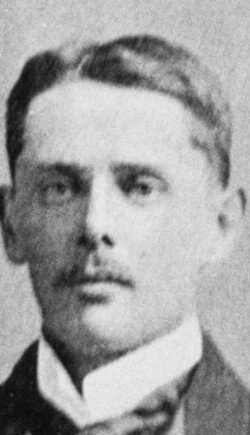 On 6 August 1897 the Mohmands, who lived around the Kabul river to the north-west of Peshawar, attacked the border post of Shabkadr only fifteen miles from the town. A Mohmand Field Force under Brigadier General E R Elles was dispatched to deal with them. They proved such a tough proposition that the Malakand Field Force, which had been active in Bajaur after its reduction of Swat, marched to join Elles. On the night of 16-17 September, during the course of punitive actions being carried out by the Malakand Field Force’s 2nd Brigade, the Brigade commander Brigadier General P D Jeffreys found himself with a small force, including half a company of the 4th Bengal Sappers and Miners and twelve men of the Buffs (East Kent Regiment), outside the village of Bilot, which was full of heavily armed tribesmen who began firing at the British. Lieutenants T C Watson and J M C Colvin led the unsuccessful attempts to take the village, Colvin continuing after an artery in Watson’s arm was severed by a bullet. Among those accompanying Lieutenant Watson was Lance Corporal J Smith. With Jeffreys himself wounded, Colvin soon found that he and Lieutenant Wynter, Royal Artillery, were the only officers left to command the small British detachment; a relief force arrived at midnight. Watson, Colvin and Smith were awarded the VC for their gallantry in the action, four Privates of the Buffs the DCM, and two members of 4th Company, Bengal Sappers and Miners the (Indian) Order of Merit. The Mohmands finally submitted on 18 October 1897.

This Officer, on the 16th September, 1897, at the village of Bilot, in the Mamund Valley, collected a few men of the Buffs (East Kent Regiment) and of No. 4 Company, Bengal Sappers and Miners, and led them into the dark and burning village to dislodge some of the enemy who were inflicting loss on our troops. After being wounded and driven back, he made a second attempt to clear the village, and only desisted after a second repulse and being again hit and severely wounded.